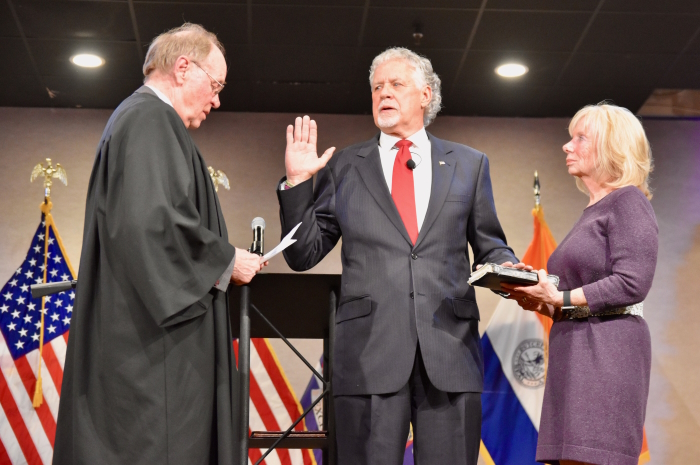 William F.X. O’Neil, a Republican, took the oath of office as Dutchess County executive on Jan. 4 in Poughkeepsie. The deputy county executive for 11 years, he succeeds Marc Molinaro, who won the seat in November to represent the 19th District in the U.S. House. The county executive position will be on the Nov. 7 ballot. 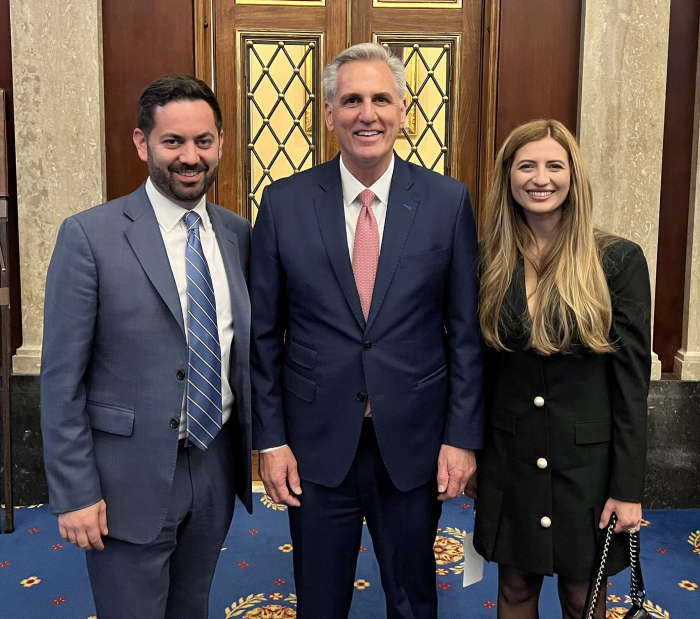 Mike Lawler, a Republican who defeated incumbent Sean Patrick Maloney, a Philipstown resident, to represent District 17 in Congress, posed last week on the House floor with his wife, Doina, and newly elected Speaker Kevin McCarthy. Beacon is part of District 18 and represented by Pat Ryan, a Democrat. 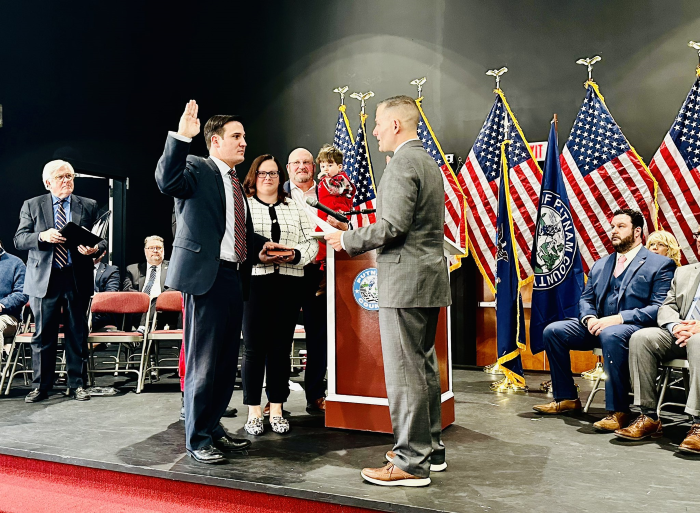 Kevin Byrne, who ran unopposed to become the new Putnam County executive, was sworn in Dec. 30 by Molinaro. 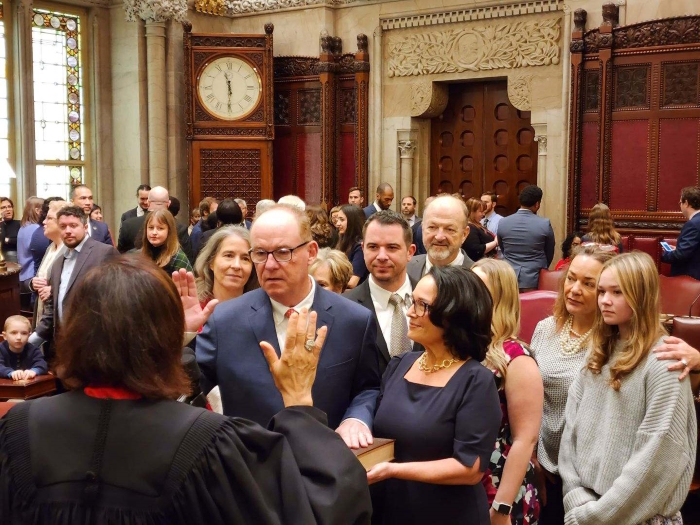 Rob Rolison, a Republican, took the oath Jan. 4 to join the state Senate representing the 39th District, which includes Beacon and Philipstown. 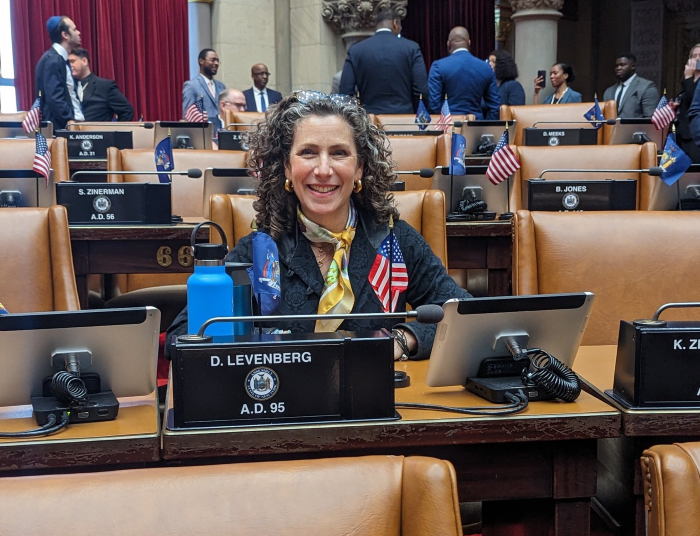 The first official act by Dana Levenberg, a Democrat who was elected to the state Assembly to represent District 95, which includes Philipstown, was to present a citation to her predecessor, Sandy Galef, who retired after 30 years. Beacon is part of District 104 and represented by Jonathan Jacobson, a Democrat who ran unopposed for a third term.

2 thoughts on “New on the Job”