Beacon writer has two new books, and one on the way

Colm O’Shea detested school. By age 7 he found it an amalgam of “onerous tasks,” he says. 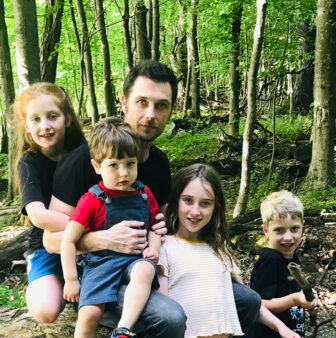 Colm O’Shea with his children at Dennings Point (Photo provided)

Rather than rebel in more traditional ways, at recess he started writing what he later realized were poems. “They got longer, turned into short stories, then novellas,” he recalls. “No one read them, though I imagined there were readers out there. Maybe if I knew there’d be readers, I’d have written what I should have, instead of only writing it for me. Who knows?”

O’Shea, a native of Cork, Ireland, who lives with his family in Beacon, has been a professor and writing consultant at New York University since 2009. Within the past few months, he has published two books, with another on the way.

James Joyce’s Mandala is an academic monograph on what he describes as “a sustained investigation on sacred geometry” found in the works of his compatriot. More specifically, it investigates in Joyce’s work the use of mandalas, which are geometric structures produced spontaneously, “sometimes as a meditation device, which alters your relationship with reality, your state of consciousness,” O’Shea explains.

In the book, O’Shea argues that Joyce’s literature can be understood as mandalic constructs. “Spiritual paralysis is fundamental to Joyce’s fiction,” he says. “Reading Finnegan’s Wake, in which he made up parts of words, it was so hard to not think of people as much as patterns that occurred in different ways. I wanted to read it as a mandala.”

O’Shea, who has a doctorate from Trinity College in Dublin and a master of fine arts and doctorate from Oxford, assumed no one outside of Joyce scholars would read his monograph. But the pandemic shifted things, with people having more time to devote to reading and mulling things over.

“I sent it off to Routledge, an academic publisher, and they took it up immediately, which was a surprise,” O’Shea says. “It’s funny how everything works out sometime.” 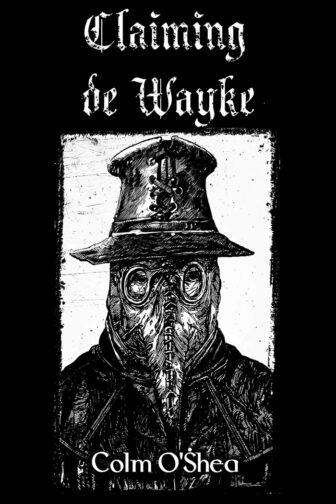 His other book, Claiming de Wayke, had a much longer gestation period, sitting in a dusty digital drawer for a decade until it was unearthed when O’Shea realized how prescient it had become.

It’s a science-fiction novel set in Ireland in the wake of a pandemic. It predicted the social discord between those who take the threat seriously and those prematurely eager to get back to business as usual. “It’s about people trying to figure out how to behave after a pandemic,” he says.

Living through the pandemic and experiencing its social tensions “blew my mind how aligned they were” with his earlier writing, O’Shea says. “It was weird watching people slowly realize this was a big problem; it was almost like we were spectators.”

The book wasn’t snapped up by a publisher when written, something O’Shea ascribes, at least in part, to the fact it was written in a strong Cork dialect. “That may have given some publishers pause,” he admits. “I also recall them telling me dystopian sci-fi had run its course.”

After retrieving his manuscript, O’Shea made small edits and additions but didn’t do any serious pruning or expanding. “It’s almost like it had to wait for 10 years to be ready, in the eyes of other people, and then it was,” he says. “Of course, the argument against it now has altered to ‘people have just been through a pandemic and may not want to read about it; too close to the bone.’”

In light of these concerns, O’Shea hired Alma Alexander, a sci-fi editor. She had a few suggestions but also made a connection to Crossroads Press, which bought it. 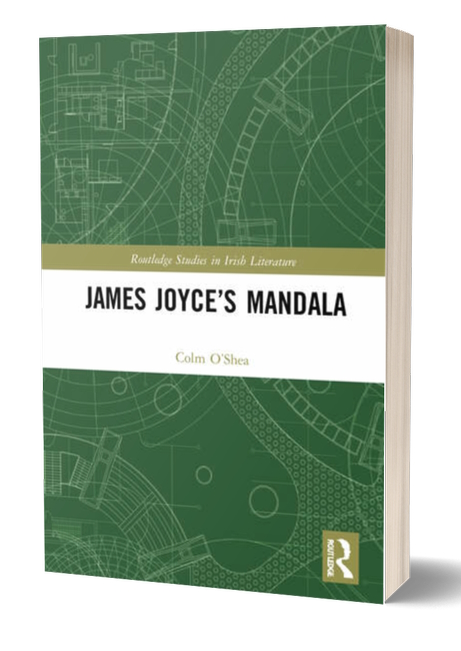 Despite the ease in finding a publisher, there are the challenges of promotion, which is not in O’Shea’s comfort zone. “It’s a strange time,” he says. “We’re in a neo-Victorian, anarchic, rabble-rousing Andrew Jackson period, hard-pressed to figure out what century we’re in.

“I’m realizing now that I spent my entire education learning how to write, but zero time learning how to market. Most of the writers I know are introverted and don’t want to be center stage. With all my dreaming of being a writer, I would never have thought of having to peddle.”

O’Shea is working on a book “about the rise of AI [artificial intelligence] and its taking over a lot of intellectual work,” he says. As a result, “universities regress to their medieval function, where places to reflect turn into sectarian places of conflict as city-states.”

Other projects include a monograph on filmmaker Charlie Kaufman, poems and more writing on the intersection of film and philosophy.

There’s also Wiggliest Tooth in Toothberg, a forthcoming collaboration with his wife, Marie, and Zadie, the eldest of their four children. “It’s about a wiggly tooth, forever holding on by a thread.”