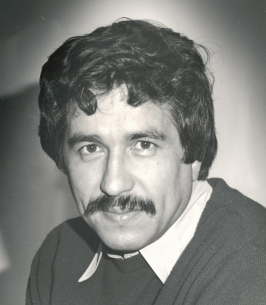 After serving in the U.S. Navy, Arsenio established a career in biomedical research at Westchester Medical Center, publishing in several medical journals. In 1969, he met his future wife, Margie, while visiting their longtime mutual friend, Pete, in the hospital. They married and were together for 53 years.

Arsenio was a dedicated and loving father to his three daughters, Erika, Natali and Crystal, his family said. He enjoyed traveling and visiting friends and family.

Along with his wife and daughters, he is survived by his granddaughter, Autumn. His brothers, Louis and Edwin, died before him.

A funeral service with military honors was held Jan. 15 at the Riverview Funeral Home by Halvey in Beacon. 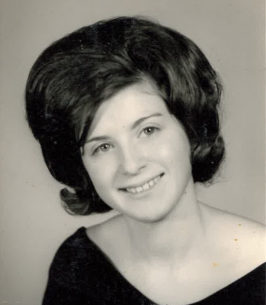 Donna Marie Christian, 74, a lifelong resident of Beacon, died Jan. 17 at home, with her husband by her side.

Donna worked many part-time jobs over the years that she enjoyed, including at Groveville Mills, Crescent Lingerie, Howland Public Library, Sargent Avenue School, Waldenbooks at Dutchess Mall and the Fishkill Rural Cemetery office. She retired in 2006.

She was a parishioner of St. Joachim-St. John the Evangelist Church and a member of the Beacon Republican Committee, where she and her husband were Reagan Day Dinner honorees.

Donna was also a member of the Beacon Historical Society, the Home Bureau of Beacon, the Touponse Bowling League Sticky Buns and Friday Night Leagues, Tioronda Garden Club and the St. John’s School PTA, when her sons were younger.

Along with her husband of 54 years, Donna is survived by her son, Bryan Paul Christian (Agnieszka) of Silver Spring, Maryland; her daughter-in-law, Dennine Christian of Richland Hills, Texas; her grandson, Leo John Christian of Silver Spring; and her sisters-in-law, Gail Byrnes and Cathy Christian. Her son, David James Christian, died before her.

Family and friends will gather on Thursday (Jan. 26) from 4 to 8 p.m. at Riverview Funeral Home by Halvey, 2 Beekman St., in Beacon. A Mass of Christian Burial will be held on Jan. 27 at 10 a.m. at St. Joachim Church, 51 Leonard St., in Beacon, followed by interment at St. Joachim Cemetery.

Memorial donations be made to the Church of St. Joachim-St. John the Evangelist, 2 Oak St., Beacon, NY 12508 (stjoachim-stjohn.org). 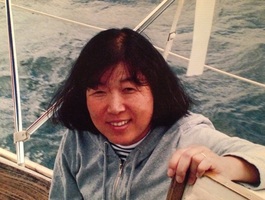 Reiko I. Lemon, 70, a longtime resident of Beacon, died Jan. 16 after a two-month illness.

She was born May 7, 1952, in Niigata, Japan, the daughter of rice farmers Toyoji and Toi Ikarashi, and grew up living in a thatched-roof house.

After graduating in 1971 from Niigata Central High School, where she made many lifelong friends, Reiko moved to Tokyo and worked for the Japan Travel Bureau. She then worked as a clerk for Okura & Co., one of Japan’s oldest trading houses.

While studying English at night school in 1972, she met her future husband, David Lemon of Omaha, Nebraska. After their marriage in June 1976, she came to the U.S. and taught herself English, mostly by watching children’s TV shows and daytime soap operas.

Reiko was a working mother, commuting to New York City where she was employed by Nippon Credit Bank beginning in the late 1980s. After that firm closed in the mid-1990s, she enrolled at SUNY Orange and graduated with honors with a degree in accounting. She then worked for Tallix in Beacon.

She became a U.S. citizen in 2001. Through it all, she raised three sons, Andrew, Christopher and William. Reiko took great pride in her sons and their achievements (professor, naval aviator and assistant district attorney), all of which are to her credit and her loving, no-nonsense parenting style, her family said.

Reiko loved building her life and family in Beacon, where she resided for 43 years. She loved to make quilts and knit scarves, hats and blankets for family and friends. She enjoyed cooking Japanese food and hosting friends and family from near and far in her home.

She was an exemplar of determination and strength in the face of adversity, her family said. In ill health in recent years, she rarely complained and remained devoted to family and friends.

She is also survived by her brother Keiji Ikarashi; sister Yoshiko Tamura; and half-sister, Toshiko Tsuchida.

A memorial service is being planned for the spring. Donations may be made to the American Kidney Fund (kidneyfund.org). 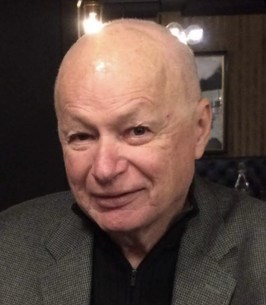 William served in the U.S. Marine Corps and worked as a computer programmer for 50 years, starting at IBM in East Fishkill and then at Jack Henry and Associates in Danbury, Connecticut, until his retirement in 2012.

He was a devout member of St. John the Evangelist Church in Beacon and lived a life of faith, honor and love, his family said. In his spare time, he loved reading books and Scripture, watching comedy and Disney movies (some of his favorites were Father of the Bride and Aladdin) and listening to music and singing and dancing along to Tom Jones, Engelbert Humperdinck, Gene Pitney, Frank Sinatra and Dean Martin. He loved all the classics.

William was a proud and devoted father, his family said. He never missed one of his children’s games, coached many of their teams and loved every minute of it. He dedicated his life to helping others and bringing happiness into this world.

William was an animal lover, the king of corny jokes and a sports fan who especially loved softball and bowling. He loved to travel when he could, taking trips to places like Italy, Turks and Caicos and Cabo San Lucas. He was a proud Poppy to his four grandsons, visiting every sporting event that he could, a caring friend to everyone he met and loved being fun Uncle Billy to all his nieces and nephews, his family said.

He also is survived by his wife’s family: Maria and Joe Mastromonaco, Julie and Bob Ingles, Aldo and Maria Forcone, and Ottavio and Marie Forcone.

A funeral Mass was held Jan. 17 at St. John the Evangelist Church, followed by entombment at Rose Hills Memorial Park in Putnam Valley. Memorial donations may be made to the Wounded Warrior Project (woundedwarriorproject.org). 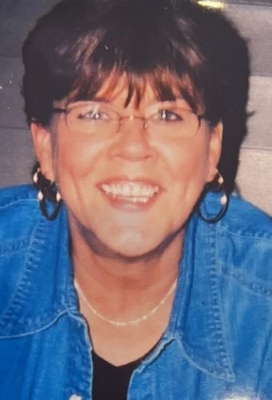 She was born Oct. 3, 1949, in the Bronx, the daughter of Robert and Margaret (Macord) Kleinmann. She was educated in the Bronx and graduated from St. Helens Catholic High School. Ginny worked for the Beacon School District and Geis Buick in Mohegan Lake. She also worked for many years as a healthcare provider.

Ginny enjoyed spending time with her grandchildren, her family said.

Along with her mother, she is survived by her children, Thomas Traviglia (Robin Flynn) of Beacon and James Traviglia of Rome, New York; Vincent Traviglia, the father of Thomas and James; and her grandchildren: Gabriella Traviglia, Destin Traviglia, Anthony Traviglia and Arianna Traviglia.

She is also survived by her sisters, Barbara Malzo of Yorktown Heights and Patricia Pignatello (Larry) of Danbury.

She was born Feb. 4, 1949, in Chelsea, the daughter of Ace and Elizabeth Bunt. On April 1, 1967, she married Fred Way, who died in 2018. Mary had worked part-time at Walmart, as a crossing guard and as a matron for the Beacon Police Department. She was a loving mother and grandmother, her family said.

Mary is survived by her daughter, Mary Way; her grandchildren, Kenneth Way, Kayla Way and Kathleen Scott (Kenneth); and her great-grandchildren, Breanna, Vincent and Niklaus.

Family and friends will be received on Sunday (Jan. 22) from 1 to 4 p.m. at Riverview Funeral Home by Halvey, 2 Beekman St., in Beacon. A funeral service will be held Monday at 10 a.m. at the funeral home, followed by interment at Fairview Cemetery in Beacon.