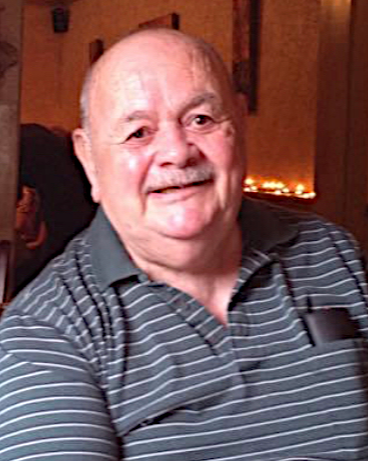 Born June 27, 1934, at St. Vincent’s Hospital in New York City, he was the son of Charles and Mary (Cella) Nobile. He attended Our Lady of Pompei Parochial School until age 12, when he moved with his family to Garrison.

After attending the Garrison Union Free School, he graduated in 1953 from Haldane High School, where he played four years of football and basketball. His senior yearbook described him as “handsome and muscular,” “always a hello” and “amiable Charlie.”

After graduation, Charlie worked for Polhemus Construction before joining the Armed Services in 1956 and serving 18 months in Germany with the 3rd Armored Division. On Oct. 7, 1961, he married Rose Marie Dillon.

That same year, Charlie began a 34-year career with the state Department of Corrections and Community Supervision at the Green Haven and Downstate correctional facilities, attaining the rank of lieutenant. At Downstate he spent several years in charge of the transportation unit.

Following his retirement in 1995, Charlie enjoyed target shooting, golf, telling a good story and spending time with his family. Above all, Charlie was a family man who loved his children and grandchildren and would do anything for them, his family said. One of his favorite expressions was “tutta la famiglia,” which means “all the family,” or “family is everything.”

Rose Marie, his wife of 49 years, died before him. He is survived by his sons, Michael Nobile (Stephanie) of Beacon, Peter Nobile (Kym Tiffany) of Gardiner and John Nobile (Amy) of Hyde Park, along with five grandchildren: Matt, Tori, Michael, Sam and Charlie. Charles is also survived by his siblings, Robert Nobile and Louise Allen.

Friends are welcome to call on Sunday (Jan. 22) from 1 to 4 p.m. at Clinton Funeral Home, 21 Parrott St., in Cold Spring. A funeral service will be held on Monday at 11 a.m. at the funeral home, followed by interment with military honors at Cold Spring Cemetery.