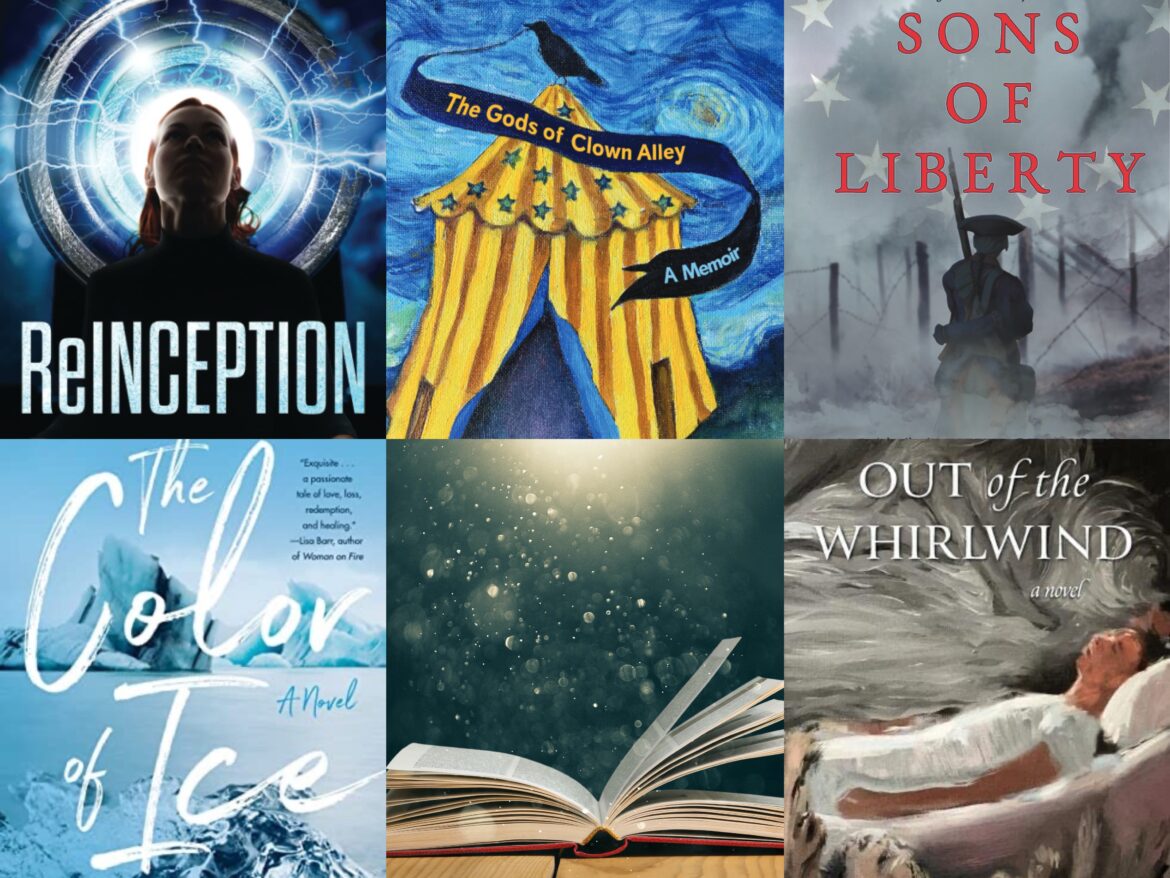 The Color of Ice

By Barbara Linn Probst
This novel by the author of Queen of the Owls and The Sound Between the Notes follows Cathryn McAllister, a freelance photographer who travels to Iceland for a photo shoot with an enigmatic artist who wants to capture the blue icebergs in glass. When the job is done, she begins a solo trip but slowly abandons her plan so she can remain with Mack, a glassblower. Then comes a shocking discovery, and a devastating choice.

The Gods of Clown Alley: A Memoir

by Tara O’Grady
O’Grady shares her story of healing after a debilitating episode of depression when she realizes that George Lucas was right: The Force is real. She recounts traveling the world with her mother, an Irish immigrant and home caregiver, inspired by their favorite books and films, searching for love, meaning and happiness. Influenced by artists such as John Lennon, Ernest Hemingway and Vincent Van Gogh, as well as a cast of her mother’s aging patients, O’Grady reveals the secrets of surviving the circus using the universal wisdom of Star Wars.

Out of the Whirlwind
by Bevis Longstreth
In his most recent novel, the author of Chains Across the River: A Novel of the American Revolution tells the story of Adam Hudson, a young man coming of age in the 1950s in the New York metropolitan area. He struggles with ambiguities about sexual identity and the expectations of a dominant father. While he thrives as a lawyer and family man, he is deeply tormented by his homosexuality.

ReInception
by Sarena Straus
In the first of a sci-fi trilogy, Straus imagines a time when technology can eliminate unwanted behaviors. It is 2126 in New York City, and parents are allowed to modify their children’s brains until they turn 20 with a technology invented to cure addicts. Leandrea, an “unmodified” college student, empathizes with the working-class Proles but doesn’t have the motivation to take action until her boyfriend is modified by his family in reaction to her “bad influence.” In desperation, Leandrea turns to a Prole involved in a plot to undermine modification.

Sons of Liberty
by Matthew Speiser
This debut novel charts the life of Ulysses Brooke, a rising political star in Old Virginia. When he is arrested in 1845 for theft and treason, the world learns the truth: Brooke is an abolitionist and revolutionary, with a trove of buried treasure. In the interwoven narrative, Brooke causes ripples across centuries, from the rise of Gilded Age icon Sam Billings to the work of FBI agent Alvin Starkman.