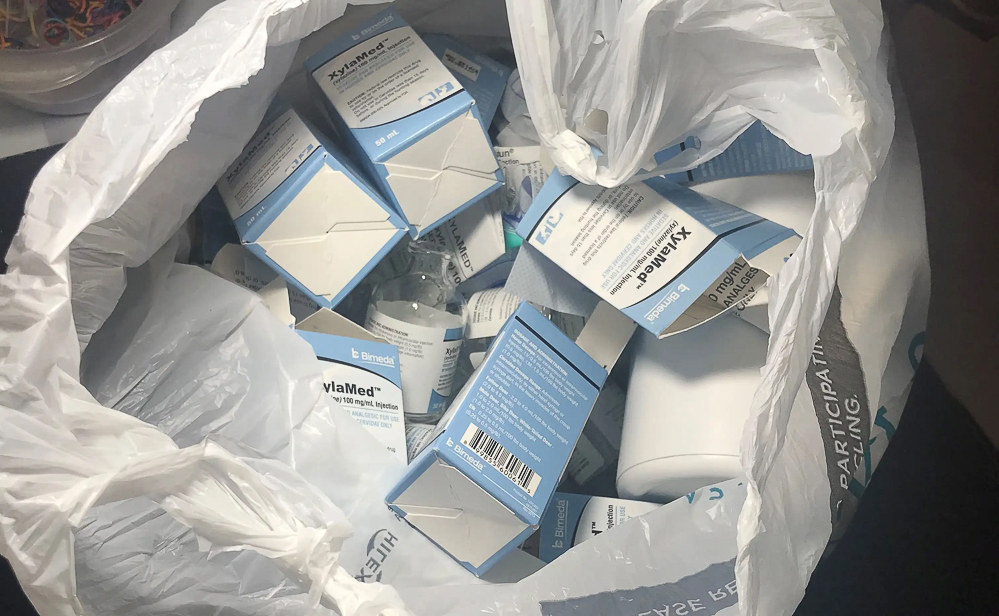 Four months after a Hopewell Junction man crashed a tractor-trailer into a tavern on Salt Point Turnpike in northeastern Dutchess County, the Hyde Point Police Department released the results of his autopsy.

The Dutchess County Medical Examiner’s Office determined that the driver, Craig Dickson, was high on morphine and fentanyl, the powerful scourge behind record increases in accidental overdoses from illicit drug use.

Approved for use by veterinarians as a tranquilizer, the addictive sedative is increasingly being mixed with opioids like heroin and fentanyl to create a concoction called “tranq dope.”

Like opioids, xylazine depresses breathing and heart rate. When combined with those other drugs, it raises the risk of overdose deaths, which grew last year in Dutchess and Putnam counties.

An autopsy found fentanyl and xylazine in the blood of a 14-year-old Dutchess County boy who was discovered unconscious in his home in January 2022, according to a report from the state Office of Children and Family Services.

And because xylazine is not an opioid, it doesn’t respond to naloxone, or Narcan, a medication used to revive people who have overdosed. “It leaves responders with very little that they can do to help,” said Lauren Johnson, a community engagement facilitator with the Prevention Council of Putnam.

First developed by Bayer and never approved for use by humans, xylazine was detected in 15 of the 103 people who died of opioid overdoses in Dutchess in 2022 through September, according to the county health department.

In 2021, the tranquilizer was present in five of 86 people who died of overdoses, and in two of 103 opioid overdoses in 2020, according to the agency.

Last week, the Putnam County Coroner’s Office said it recorded one overdose death involving xylazine in 2020 but none in 2021 or 2022, although opioid fatalities rose overall from two to 19.

Because routine drug screens do not detect xylazine, according to the Food and Drug Administration (FDA), official totals could undercount the number of fatalities involving the drug. Dutchess used a federal grant to begin expanded toxicology testing in 2019.

The FDA first approved xylazine in 1972. According to the Drug Enforcement Agency, veterinarians use the drug to sedate cats, cattle, dogs, sheep and other animals before treatments, and as a pain reliever and local analgesic.

Studies involving humans were stopped “due to its severe hypotension [low-blood pressure] and central nervous system depressant effects,” said the DEA. Blurred vision, disorientation, drowsiness, staggering and respiratory depression are some of the other effects, said the agency.

The tranquilizer was first detected in heroin about 20 years ago in Puerto Rico.

In November, the FDA issued an alert about xylazine being mixed into street drugs, and its effects, including the developing of open wounds. Wounds can develop in areas of the body not used for injecting, it noted.

“The tranq dope literally eats your flesh,” Brooke Peder, a Philadelphia resident battling addiction who lost a leg to an infection from a wound and also may lose an arm, told The New York Times. “It’s self-destruction at its finest.”

As its prevalence grows, so do the warnings from health officials.

On Dec. 27, New York City issued a public health advisory about the high prevalence of fentanyl in heroin and discovery of xylazine in the bloodstreams of a growing number of people who died from overdoses. The state Department of Health mentioned xylazine in an advisory on Dec. 9.

The Putnam County Prevention Council has been distributing — at special events, naloxone trainings and its office in Carmel — test strips that people who are addicted to opioids can use to determine if their drugs contain fentanyl, which is still the main driver of fatal overdoses. Johnson is hoping there will soon be a test strip for xylazine.

“That’s how pervasive it’s been in recent months,” she said.

3 thoughts on “The Rise of ‘Tranq Dope’”