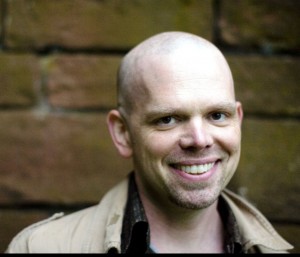 How would YOU spend ten minutes of free shopping?

Grocery shopping is usually a pretty leisurely activity, but don’t tell John Plummer that. The Cold Spring resident recently won a raffle sponsored by the Cold Spring Lion’s Club. The prize?  Ten minutes of free grocery shopping at Foodtown. Proceeds from the raffle went to House of Hope, a safe house for battered women and children that serves Putnam County and parts of Dutchess and Westchester Counties. “I had 10 minutes to load as many carts as I could, and the only rules were a maximum of $100 of meat, no alcohol and no cigarettes,” Plummer said.
His haul? Plummer walked away with nine carts filled with a wide variety of goods. That translates to 66 seconds to fill each cart.  The total value of his frantically fast forays up and down the aisles was more than $2,000. Plummer’s success was not rooted in any grand strategy. “I shop at Foodtown pretty regularly, so I have a good visual layout of the store in my head. Some Foodtown staff gave me advice when they’d see me in the store in the week before the spree, like ‘get detergent,’ but that was it in terms of planning,” he said. “I stuck to mostly non-perishables or frozen items.” Plummer also stocked up on coffee, canned goods, rice, cereal, snacks, frozen pizzas and items from the organic/natural foods section. He had a rather novel approach to choosing the $100 worth of meat which he was allowed.  “All the meat, per my son’s request, was bacon – mostly organic.”
While he may not have spent much time planning, Plummer did have an audio aid to spur him on and help him gauge the elapsed time. “I had my iPhone ear buds in and the New Pornographers were singing Sing Me Spanish Techno to start me out. I knew it was almost five minutes long “¦so when it ended, I’d be halfway done.”
To put it mildly, Plummer’s grocery bonanza and its effect on him was not a typical shopping experience. It was “”¦an adrenaline rush for an extremely good cause. And now I’m going to join the Lion’s Club.” Plummer said he was “”¦extremely satisfied, as are my kids and my mother and mother-in-law, who got a few bags each. I only have so much space in my kitchen!” But when he got home, even with nine grocery carts worth of groceries, Plummer still experienced that sinking feeling so typical among mere mortal grocery shoppers. “I realized I should’ve gotten some real maple syrup!”