The Highlands Current
Published each Friday 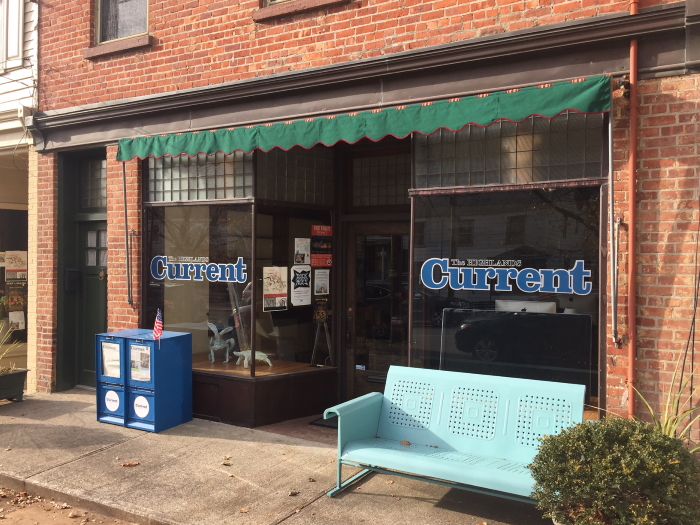 Chip Rowe, Editor
Rowe, who has been with The Current since 2013, is a former longtime national magazine editor. He started his career as a reporter for The Muskegon Chronicle in Michigan, followed by The Idaho Statesman in Boise and the Rapid City Journal in South Dakota as its Washington correspondent. The Garrison resident has bachelor’s and master’s degrees in journalism from Northwestern University.
✉ [email protected]

Leonard Sparks, Senior Editor
Sparks, who lives in Peekskill, is a former reporter for the Times Herald-Record in Middletown, where he covered Sullivan County and later Newburgh. He holds a bachelor’s degree in English from Morgan State University and a master’s degree in journalism from the University of Maryland.
✉ [email protected]

Jeff Simms, Beacon Editor
Simms, who has covered Beacon for The Current since 2015, studied journalism at Appalachian State University in Boone, North Carolina. From there he worked as a reporter for the tri-weekly Watauga Democrat in Boone and the daily Carroll County Times in Westminster, Maryland, before transitioning into nonprofit communications in Washington, D.C., and New York City.
✉ [email protected]

Alison Rooney, Arts Editor
Rooney has been the arts editor at The Current since its founding in 2010 after working as a copy editor at the Putnam County News & Recorder. An accomplished playwright, Rooney has lived in Cold Spring since 1999. She is a graduate of Binghamton University, where she majored in history.
✉ [email protected]

Michael Turton, Reporter
Turton has been a reporter with The Current since its founding, after working in the same capacity at the PCNR. Turton spent 20 years as community relations supervisor for the Essex Region Conservation Authority in Ontario before his move in 1998 to Philipstown, where he handled similar duties at Glynwood Farm and The Hastings Center. The Cold Spring resident holds degrees in environmental studies from the University of Waterloo, in education from the University of Windsor and in communication arts from St. Clair College.
✉ [email protected]

Liz Schevtchuk Armstrong, Reporter/Contributing Editor
Armstrong, who lives in Cold Spring, was the founding news editor of The Current in 2010. Before moving to New York, she worked as the White House correspondent and Capitol Hill and Supreme Court reporter for Catholic News Service. She holds a bachelor’s degree in journalism from Indiana University and a master’s degree in medieval history from Catholic University.
✉ [email protected]

Brian PJ Cronin, Reporter / Columnist
Cronin, the paper’s environmental reporter, is the former top editor of Hudson Valley Parent and director of alumni relations at The Storm King School. He has written for The Current since 2014. A graduate of Skidmore College, he also has written for Organic Hudson Valley, The Times Herald-Record and Chronogram and also teaches digital media at Marist College.
✉ [email protected]

Pamela Doan, Calendar Editor / Columnist
Doan, who resides in Philipstown, has been writing for The Current since 2013. After serving as communications director for The Armory Show in New York City, she founded her own public relations and freelance writing company in 2007. She has a bachelor’s degree in English from Colorado College and an MFA in creative writing from The New School.
✉ calend[email protected]

Skip Pearlman, Sports Reporter
Pearlman, a native of Carmel, was the sports editor of the Putnam County Courier in Carmel for 14 years and for the North County News in Yorktown Heights for 13 years, during which the paper was honored 12 times for best sports coverage by the New York Press Association. He has won 15 NYPA awards for his sports photography.
✉ [email protected]

Deb Lucke, Investigative Cartoonist
Lucke is a writer and graphic novelist who lives in Cold Spring. Her series, The Lunch Witch, is in development as a feature film starring Kate McKinnon. Along with The Current, her illustrations have appeared in the Cleveland Plain Dealer, the Baltimore Sun, Cricket and many other publications.
✉ [email protected]

Celia Barbour, Cooking Columnist
Barbour, who lives in Garrison, has been nominated for two national James Beard awards for food writing, including for her column in The Current.

Joe Dizney, Design Consultant / Cooking Columnist
Dizney, the former design director at The Wall Street Journal and creative director at SmartMoney, created The Current logo and designed the template for the printed paper. A Cold Spring resident, he holds a bachelor’s degree in fine arts and design from Louisiana State University and a master’s in design management from the Institute of Design in Chicago.

Pierce Strudler, Layout Designer
Strudler, who graduated in 2018 from SUNY Buffalo with a bachelor’s degree in graphic design, was creative director for two years for its independent student newspaper, The Spectrum. A Fishkill resident, he was also a graphic designer with the school’s department of arts and sciences.

Teresa Lagerman, Community and Events Manager
Lagerman, who lives in Cold Spring, is the co-founder of Condensed, a branding and design firm, and has been working with startups and nonprofit organizations for more than a decade. A native of Madrid, she holds a bachelor’s degree in advertising and international relations from Universidad Nebrija.
✉ [email protected]

Emily Hare, Membership Manager
Hare, who lives in Beacon, is a graduate of Indiana State University and Brooklyn College. She is a former house manager for the Eugene O’Neill Theatre, the Hilton Theatre and the New York City Center.
✉ [email protected]

Michele Gedney, Advertising Director
Gedney, who has an extensive publishing background, including at Rolling Stone and Times Mirror Magazines, has been with The Current since 2011. She and her husband, Rick, are musicians and songwriters who live in Philipstown.
✉ [email protected]

Gordon Stewart (1939-2014), Founder
Stewart was truly a Renaissance man — a businessman, actor, director, musician, conductor and writer. Long before he moved to Garrison and started the website and paper, he studied music and drama at the University of Vienna and earned an MFA in Directing from the Yale School of Drama. After working in the 1970s as a speechwriter for New York Mayor John Lindsay and President Jimmy Carter, he directed The Elephant Man on Broadway, served as vice president of the American Stock Exchange, and from 1991 to 2006 was president of the Insurance Information Institute. In 2012 he directed The Beggar’s Opera at the Philipstown Depot Theatre and in 2013 funded and conducted performances of Handel’s Messiah at St. Mary’s Episcopal Church in Cold Spring.

All rights reserved. No part of this publication may be reproduced in any form, mechanical or electronic, without written permission of the publisher. Advertisements designed by The Highlands Current are copyrighted and may not be reproduced in whole or in part without permission. ISSN (Online) 2475-3793