Highlands Current Inc. is a New York State not-for-profit corporation publishing The Highlands Current weekly newspaper and its digital version at highlandscurrent.org. It was begun in 2010 as Philipstown.Info, Inc., to provide balanced reporting of the news and events of the Hudson Valley communities in the town of Philipstown in Putnam County:  Cold Spring, Garrison, Nelsonville, North Highlands and Continental Village. In 2015, the news organization also began covering the City of Beacon in Dutchess County.

Our mission is to be a trusted independent and nonpartisan source of information on topics of importance to our Hudson Highlands communities. Through both our print edition, The Highlands Current, and our website, HighlandsCurrent.org, we seek to provide a vital forum for wide-ranging views and to reflect the diverse interests, concerns and experiences of our readers.

As a nonprofit that provides quality journalism free to our community, The Highlands Current relies on the commitment of our local advertisers and support from our readers. In 2019, we launched a membership program that is now the primary means of support for our newspaper and website. We are grateful to our growing list of members for their recognition of the important role journalism plays in our community and in our democratic society. Our corporation has tax-exempt status as a federal 501(c)(3) enterprise, and donations to it are tax-deductible to the extent provided by law. 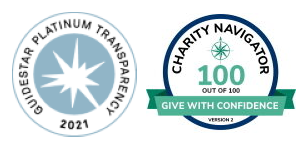 The Highlands Current aims to reflect the diversity of the communities it serves in its staff and contributors, its editorial choices and priorities.

The Highlands Current is a member of The Trust Project, a consortium of news outlets that has adopted standards to allow readers to more easily assess the credibility of their journalism. Our best practices, including our verification and correction policies, can be accessed here.

The website was started in 2010 by Philipstown resident Gordon Stewart (his Founder’s Greeting is below) and expanded in 2012 to include a print edition, called The Paper. Together the website and the newspaper have won 76 New York Press Association awards for excellence in various categories since it first year of eligibility in 2013, as well as 71 Better Newspaper Contest awards from the National Newspaper Association and 17 from the New York News Publishers Association.

In 2014, Stewart recruited a board of directors to formally create a community-supported not-for-profit corporation, and in September that year he relinquished his role as publisher to the new board of Philipstown.Info, Inc. Gordon Stewart died two months later.

The newspaper is published weekly on Fridays and is free to the public in order to inform the widest group of readers.

In January 2016, the board of directors of Philipstown.Info, Inc., voted to rename the enterprise to better reflect its expanding coverage of Beacon and neighboring communities. On April 1, 2016, the newspaper became The Highlands Current; the website, HighlandsCurrent.org; and the corporation, Highlands Current Inc.

In October 2015, the Internal Revenue Service confirmed the status of Philipstown.Info, Inc., as a tax-exempt nonprofit organization as described under section 501(c)(3) of the Internal Revenue Code. The organization is therefore eligible to receive contributions that are tax-deductible to the donor.  A copy of the IRS Letter of Determination is available here. The corporation is registered with the Charities Bureau in the Office of the New York State Attorney General and actively solicits contributions only within New York State. Copies of the corporation’s latest IRS Form 990 tax returns (Return of Organization Exempt From Income Tax) are available as follows:

In May 2015, Philipstown.Info, Inc., became a member of the Institute for Nonprofit News. INN is a national organization that serves more than 300 public interest-focused newsrooms and data providers throughout the United States. For more information, see inn.org.

Hi and welcome to Philipstown.info, whose simple purpose is to live up to our name. We hope you’ll find what you want to know about things great and small in our wonderful town, whenever you need to know. Our hamlets and surrounds have so many breaking stories, ongoing issues, school events and concerns, things to do, places to go, stuff to find, pleasures to eat, people to see and hear  — we almost feel like escaping to NYC for the quiet! Though why, when we inhabit one of the world’s most breath-giving peaceable kingdoms?

But simple does not equal easy. Information may want to be free, but only people can free it. Our editor/writers welcome learning from you. They are listed under Contact, so please do. And if you’d like to contribute, we’re open. If there’s something Philipstown and beyond needs to know, let everyone in on it.

One thing we will not impose are political views. No editorials. The only opinion pieces in Philipstown.info will be yours. As to our news policy, we believe it has never been stated better than this: without fear or favor.

We’re told every day that we all live in the information age, as though it were the secret destination of the Yellow Submarine all along. Maybe, maybe not. It’s just good to have you with all our friends aboard Philipstown.info.

Highlands Current Inc. subscribes to the policy set forth by the Institute for Nonprofit News, as follows:

Our organization retains full authority over editorial content to protect the best journalistic and business interests of our organization. We will maintain a firewall between news coverage decisions and sources of all revenue. Acceptance of financial support does not constitute implied or actual endorsement of donors or their products, services or opinions.

We accept gifts, grants and sponsorships from individuals and organizations for the general support of our activities, but our news judgments are made independently and not on the basis of donor support.

Our organization will make public all donors who give a total of $1,000 or more. We will accept anonymous donations for general support only if it is clear that sufficient safeguards have been put into place that the expenditure of that donation is made independently by our organization and in compliance with INN’s Membership Standards.

Our policy is open to contributions of cash, non-cash and in-kind donations without prejudice. We are open to all donations from individuals or groups who support our vision, mission and values. Donations are acknowledged in writing. We do not disclose any individual information other than the names of persons or groups making the donations. Click here to see a list of all of our members.

Our fundraising to the local community takes the form of:

Various events in the local community, such as panel discussions on local topics of interest.

Fundraising requests on the HighlandsCurrent.org website itself and also in the print edition, The Highlands Current.

In our solicitations to foundations, multi-year support will be sought and encouraged. These efforts could be for ongoing operations support or for special projects important to the local community and consistent with the donor’s criteria for giving.

All fundraising efforts are reviewed quarterly by the Board of Directors of Highlands Current Inc. The various fundraising campaigns and grant requests are planned by the Development Committee of the Board with support from volunteers.