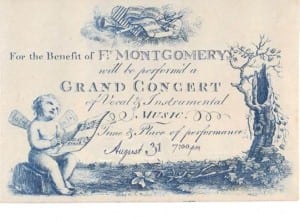 Although much of America’s musical culture was directly influenced by British tastes during this period, some uniquely American styles of composition began to develop in the latter part of the 18th century. This performance by musicians of the Ministers of Apollo will include music from Great Britain as well as selections from American manuscripts and publications. Fort Montgomery State Historic Site is located at 690 Route 9W, Fort Montgomery, one quarter mile north of the Bear Mountain Bridge traffic circle. Call 845-446-2134 or visit Facebook.