If Ivan Chermayeff’s collages have a graphic look to them, it makes sense, as he has been one of the most celebrated graphic designers in the world for the past half century or so, creating logos and brand identities ingrained in collective consciousness. A friend of the Garrison Art Center, after being introduced to it by painter Grace Knowlton while he and his wife were renting a home in Garrison, he offered to create 50 small collages in honor of the art center’s 50th birthday celebration this year, and an exhibit of this work kicks off what will be a year-long series of festivities. The exhibit opens on Jan. 11, with a reception to meet the artist and toast the 50th from 6 to 8 p.m. 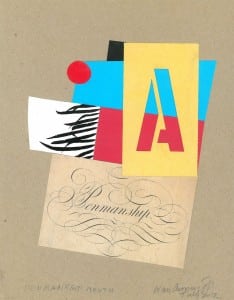 Chermayeff’s design firm, co-founded with Tom Geismar, has produced logos for myriad entities and institutions, among them The Museum of Modern Art, Pan Am, PBS and Chase Bank. If a logo comes to mind when you think of any of these, it is likely a design by Chermayeff and Geismar. The firm is also known for the exhibits and environmental art installations it has designed, including those found at the Ellis Island Immigration Museum and two World’s Fair pavilions. A more recent area of expertise is motion graphics, on behalf of clients from PBS to Alicia Keys.

Chermayeff’s numerous accolades include the Gold Medal of the American Institute of Graphic Arts; a special award from the Fifth Avenue Association for his contributions to the visual environment of New York City; the Gold Medal from the Philadelphia College of Art; the Yale Arts Award Medal and an honorary doctorate in fine arts from the Corcoran Museum of Art in Washington. A past president of the American Institute of Graphic Arts, Chermayeff was a trustee of the Museum of Modern Art in New York for 20 years. He was a member of both the Yale Committee on Art and Architecture and the Harvard University Board of Overseers Committee on Visual and Environmental Studies. 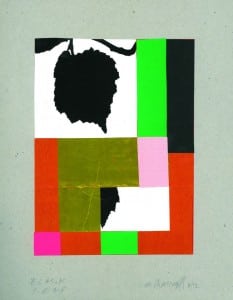 In online interviews Chermayeff has been quoted saying “Design is a service; we try not to have a style … work hard and be as self-critical as you can about what you’ve been doing. Don’t let it stop you from seeing if it can go further.” In the online journal Bak Magazine, he expanded further on his process: “Designing a brand identity is much more than designing a logo. You have to think, you have to research, you have to have an idea about every single nuance that differentiates the brand from the competitors. Beyond that, you work with companies worldwide, from Asia to Europe and Middle East to Latin America, which gives you another responsibility, that is the requirement to know about the cultures and the languages of those communities.”

Along with his career in design, Chermayeff has long been absorbed by fine art: painting, drawing, architecture, illustration, sculpture and collage, and it is in the latter that he himself has created many works, described as “both refreshingly ingenuous and engagingly complex.” Publisher’s notes for a 2001 book on the collages, Suspects, Smokers, Soldiers and Salesladies, describe his process and results:

Ivan Chermayeff’s collages suggest personalities that grow out of envelopes and stamps, letterheads and labels, pebbles and Polaroids, all magically transformed into eyes, noses, mouths, ears and earrings, hats, and cigarettes. Some are sad, some angry, some economic, yet all are engaging and inventive. As Joseph Giovaninni writes in his introductory essay, ‘These are elliptical works that, like puzzles, challenge us to make connections that Chermayeff has made, to bring the fragments into a whole. The wisdom of this wit is that his invention beckons us into our own invention. We are the participants in his creation.’

Chermayeff’s work as a fine artist in collages and sculpture has been exhibited throughout the United States and in Japan. In January 2007, two exhibitions opened at the Pera Museum in Istanbul, one showcasing the last 50 years of Chermayeff & Geismar graphic design and the other focusing on Ivan Chermayeff’s recent collages and small sculpture. The museum’s website notes read:

In 2007, the galleries of Pera Museum welcomed the work of the remarkable artist, Ivan Chermayeff. He has been producing collages and assemblages for over 40 years, utilizing the everyday ephemera collected in different parts of the world where he has worked and traveled. He saves the envelopes received from friends and colleagues, who send him abandoned gloves, discarded candy wrappers and other visual delights to add to those he has picked up on the streets of the world … A collagist working from a pile of debris that he has collected over several decades, Chermayeff abstracts materials from their original context, and casts them into figurative shapes of great character and representational specificity. Quoting Joseph Giovaninni, the Pera site calls the collages ‘… at the same time abstract, figurative, materialist, objective, subjective and disarming’ … Always in Chermayeff’s framed collages, and now, more recently, in free-standing collage sculpture, the New York artist and graphic designer fuses charm and wit in inimitable mixed-media inventions. 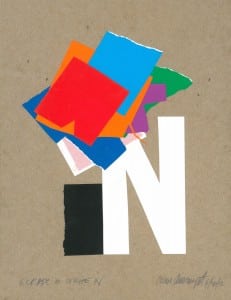 Garrison Art Center’s director Carinda Swann, has her own take on the collages: “In each of these small pieces, it is apparent that cast-off items have taken on a new and larger existence. Under the studied eye and hand of the artist these no-longer-valued bits of life have clearly moved up the visual food chain. The perfect juxtaposition of shape, color and texture — often with just the right touch of wit — creates a small masterpiece that packs a giant wallop. Collectors of 20th-century American artists will not want to miss this 21st-century opportunity.”