Director of Beyond Iconic to attend March 29

On Sunday, March 29, the Downing Film Center at 19 Front St. in Newburgh will host Beyond Iconic: Photographer Dennis Stock at 1 p.m. The screening will be followed by a live Q-and-A with filmmaker Hanna Sawka, after which all attendees are invited to the Wherehouse (119 Liberty St. in Newburgh) nearby for an after-party from 3 to 5 p.m., with a live performance by the film’s composers and musicians, Teri Roiger and John Menegon, as well as a guest artist to be announced. 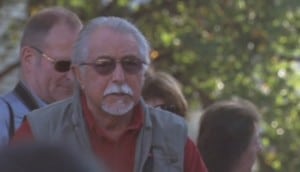 Dennis Stock, in a scene from the documentary

Tickets for Beyond Iconic are $10 for general admission and $9 for Downing Film Center members. You can purchase tickets at the box office or online with a credit card at downingfilmcenter.com. Seating is limited and is on a first-come, first-served basis.

This locally made film is the only full-length documentary about Stock, who is now the subject of an Anton Corbijn–directed biopic called LIFE, starring Robert Pattinson as Dennis Stock, which will be released this year. The filmmakers of LIFE have thanked Beyond Iconic’s Sawka in their credits for the role her film played in researching the personality of Stock.

Beyond Iconic introduces Stock in his own words and through hundreds of his famous photographs, which include images from the golden age of Hollywood and jazz, hippies, the American social landscape, architecture, landscapes and nature.