The West Point Band will kick off its Music Under the Stars concert series with a performance in honor of the 240th Army birthday on Saturday, June 13, at 7:30 p.m. at the Trophy Point Amphitheater at West Point. This concert is free and open to the public. 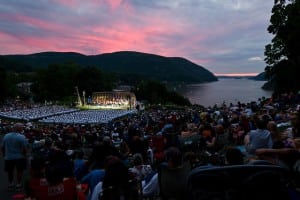 The West Point Band performs along the Hudson River

The band’s commander, Lt. Col. Andrew Esch, will take the podium and lead the band in a program celebrating the Army’s birthday. In keeping with tradition, the concert will feature a streamer ceremony commemorating the campaigns fought by soldiers throughout the nation’s history, and will close with a cake cutting.

For concert information, cancellations and updates, call 845-938-2617 or visit westpointband.com. West Point Band news can also be found by following it on Facebook, YouTube and Twitter.