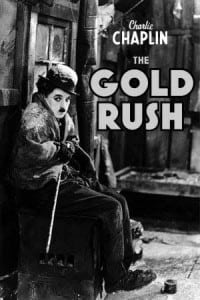 As part of its ongoing Classic Films for Children series, the Chapel Restoration in Cold Spring will screen Charlie Chaplin’s 1925 film, The Gold Rush at 4:30 p.m. on Friday, Dec. 18,

In this classic silent comedy, the Little Tramp heads north to join in the Klondike gold rush. Trapped in a small cabin by a blizzard, he must share close quarters with a successful prospector (Mack Swain) and a fugitive (Tom Murray). Eventually able to leave the cabin, he falls for a lovely barmaid (Georgia Hale), trying valiantly to win her affections. When the prospector needs help locating his claim, it appears the Tramp’s fortunes may change.

The screening is recommended for children ages 7 and older; it includes men shot down with guns, some hand-to-hand roughhousing and a villain falling off a cliff. There is also some drinking and smoking among the characters.

The Chapel Restoration is located at 45 Market St., on the bank of the Hudson River. A $5 donation is suggested at the door.