The Cold Spring Area Chamber of Commerce has announced the line-up of musicians who will perform on Sundays in July and August at the bandstand as part of its Summer Sunset Music Series. The concerts are free and begin at 6 p.m. at the riverfront.

For the Aug. 28 open mic, the chamber is looking for Philipstown-based bands to perform two songs each, with the winning act receiving a $250 prize based on an audience vote. For more information, visit facebook.com/coldspringmusicseries. The summer music series is sponsored by Downey Energy and Putnam County Tourism. 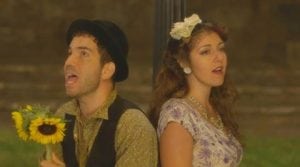