The Hudson Valley Shakespeare Festival’s summer 2015 production of A Midsummer Night’s Dream, directed by Eric Tucker and co-produced by the Pearl Theatre Company, is one of 10 nominees for a Drama League award for Outstanding Revival of a Broadway or Off-Broadway Play. 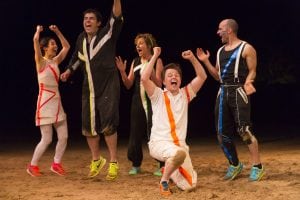 The cast of A Midsummer Night’s Dream (photo by T. Charles Erickson)

The production starred five actors who played all 21 parts, never leaving the stage. After its summer run at Boscobel in Garrison, the production ran in September and October at the Pearl Theatre Company on 42nd Street in New York to rave reviews.

The winners will be announced May 20.

HVSF also announced the cast of its upcoming summer production of Macbeth, directed by Lee Sunday Evans. In an “all-female reboot” of the tragedy, Maria-Christina Oliveras, Nance Williamson and Stacey Yen will play all 34 parts. Previews begin June 8. 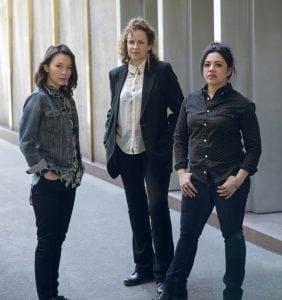