The foundation’s goals are to increase philanthropy, raise funds for community needs, establish endowed funds and make grants to nonprofits that improve quality of life in Putnam County. It currently administers nine funds totaling $246,000, but now has raised that to nearly $500,000 with its own fundraising and the Dyson grant. 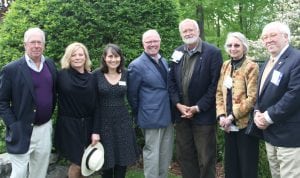 As part of an expansion of the Community Foundations of the Hudson Valley’s activity in Putnam, teachers in the county this year became eligible to apply for grants through the Fund for Excellence in Education and Verizon Foundation STEM Grants. Seven teachers were awarded $11,000 in first-time grants. Putnam nonprofits Green Chimneys and Hillside Food Outreach have received grants through other competitive programs.

“This is truly a fund by and for the people of Putnam County,” said advisory board chair Nat Prentice of Garrison. Vice President Nancy Rossi of Cold Spring stressed that though the challenge has been met, efforts to grow the Putnam County fund are ongoing. “The larger the endowment, the larger the capacity to fulfill our donors’ charitable goals by putting more back into Putnam,” she said.

Nonprofits can access the Community Response Grant application starting Aug. 1 through the Receive tab at communityfoundationshv.org.