Putnam County Executive MaryEllen Odell named Neal Zuckerman of Garrison to represent Putnam County on the board of the Metropolitan Transportation Authority (MTA). Zuckerman has represented the Metro-North Railroad Commuter Council in the Putnam County seat since 2010 and since 2014 also served on the MTA board in a non-voting capacity representing the MNRCC. 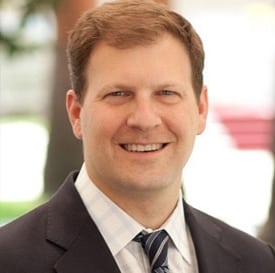 Zuckerman is a partner and managing director of The Boston Consulting Group, where he advises major corporations on business strategy, growth and operations. He specializes in providing advice to companies transforming their businesses in the digital era.

“I am thrilled to have Neal Zuckerman represent the county on the MTA Board, especially since we have already worked together on a range of MTA issues” Odell said. “His business experience and career as a U.S. Army aviation officer, where he dealt extensively with safe flying operations, make him a great choice for this position.”

Zuckerman said he sees the needs of riders as three-fold: “safety, above all else; reliable, professional service, which MTA employees deliver every day; and value—the price has to be justified by the service. As a commuter, as well as board member, I will advocate strongly for these needs.”

Zuckerman succeeds Robert Bickford of Cold Spring, who served for nine years on the MTA Board. He will continue to serve as the county’s Ethics Committee chair.

Zuckerman, his wife and two children reside in Garrison. A graduate of the United States Military Academy at West Point and Harvard Business School, he is a member of the Philipstown Planning Board and a member of the board of the Putnam History Museum and the Desmond-Fish Library.