What’s your name, where are you from and what do you do for a living?
My name is Bernadette Humphrey-Nicol; I am originally from Brooklyn. My wife and I moved from New York City to Beacon 13 years ago and we have never regretted that decision. I currently work for the MTA/NYC Transit; I have been employed with NYC Transit for 14 years. During the past 11 years I have held several management positions throughout the organization. Presently I work with the Paratransit division, which provides transportation to the eligible residents of NYC, in compliance with the ADA (Americans with Disabilities Act). 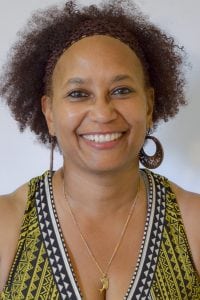 What’s something we should know about your role — either something Thornton Wilder refers to, or something you’ve come up with yourself?
I find the role of Mrs. Gibbs to be somewhat of a paradox. It serves as a reminder that sometimes dreams deferred go unfulfilled. However, it also makes us reflect on the fact that sometimes the happiness we seek is right in front of us if we but take the time to “see.”

What has surprised you most about the workshop/rehearsal process?
I have been lucky to perform in quite a few productions in the past few years; what strikes me as unique to this particular production is director John Christian Plummer’s focus on ensuring that the cast understands the significance of being in tune with one another. We have spent a significant amount of time participating in exercises that help us listen and feel connected. It is not just about playing the roles we have been assigned; it is about understanding that we are all connected and therefore unified. This unique understanding about our connection will help bring the dynamic of authenticity that is needed for the production.

In what way does Our Town resonate with you most?
In today’s chaotic world, with all of the fear, intolerance and uncertainty, it is wonderful to work with a diverse group of individuals on a project that speaks to the unity, connection and commonality of us all.

What’s your name, where are you from and what do you do for a living?
My name is Zuri Bremmer. I will be entering my freshman year of high school at Newburgh Free Academy’s main campus in September.

What’s something we should know about your role — either something Thornton Wilder refers to, or something you’ve come up with yourself?
The character I play is Wally Webb, who I enjoy playing. Unfortunately Wally’s appendix ruptures. You should have seen my face when I was reviewing the play and saw that I have to die! 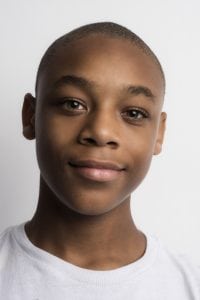 What has surprised you most about the workshop/rehearsal process?
John Christian Plummer and Sean McNall put together a lot of unusual and challenging exercises that help us prepare for rehearsing. The exercises also help to stretch your abilities/talent. I would say that these experiences have been very challenging for me especially because playing Wally Webb is my first acting role. While I love public speaking, I was not used to the techniques that they use. Each experience that I have had as a cast member of Our Town has been great, life changing too! It has made me want to pursue a career in the performing arts.

In what way does Our Town resonate with you most?
Our Town is a great story. I love to read but I had never read anything by Thornton Wilder before. Reading the play and being a part of the production exposed me to something new, which my Dad says is always an opportunity to build your character as a person. Now I can add “as an actor” too. I have met great and talented performers. From the director, producers, cast members and everyone involved, they have been very supportive … like a family. We have worked hard and I know that every one that comes to see Our Town will enjoy it!