Guitarist Sara Labriola of Garrison performed at Carnegie Hall on March 3 as part of the Django A GoGo Music Festival, a celebration of Belgian guitarist and composer Django Reinhart (1910-1953), who popularized Gypsy jazz. 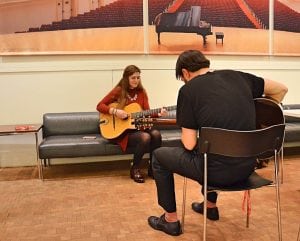 “It was a surreal experience to not only play on stage at Carnegie Hall — the same stage Django played on with Duke Ellington — but to also share the same stage with your biggest idols,” she said. “The ovation of the crowd vibrates the entire stage and it was completely overwhelming in a beautiful way!” 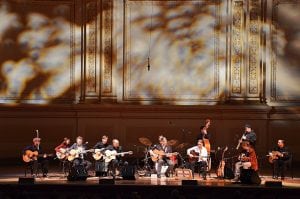