Twenty years ago, Evelyn Brady and her sister Monica, a recent graduate of the film school at New York University, optioned a novel and set about raising the $2 million they would need to make it into a film. A first step was to create a promotional trailer to give investors a taste of what they wanted to do.

That’s when inspiration struck. The sisters realized that trailers — which most people are familiar with as the previews shown at a movie theater before the feature — are themselves an art form, and an underappreciated one. They decided to create an award to recognize the creators of these minutes-long teasers. 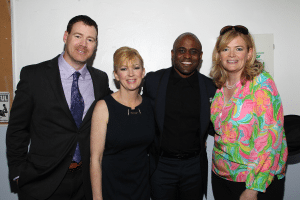 Launched in 1999, their Golden Trailer Awards have grown from a low-key, 21-award evening in New York City to a Los Angeles gala with 1,000 attendees cheering on (it’s not a sedate evening) the nominees and winners. There are now 114 categories, including recognition for foreign trailers and technical achievements such as sound editing, title sequences, voiceovers, graphics and original scores.

The sisters never did make the movie they had planned, says Evelyn, now Evelyn Brady-Watters, who lives in Garrison with her husband, Craig Watters. Hollywood embraced the idea, with industry heavyweights such as Harvey Weinstein and Quentin Tarantino offering support. (Their brother, Matthew Brady, an architect, also came on board as an associate producer.) 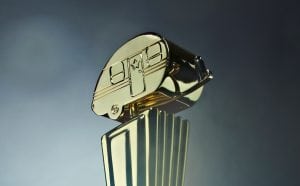 “The show kept growing and now everyone knows us for the show,” says Brady-Watters, who on May 22 returned from a week at the Cannes Film Festival. “It’s pretty much ‘don’t take your hands off the wheel.’ ”

Now in their 18th year, the Golden Trailers have become a multi-coast operation. The most prestigious awards, including Best in Show (which last year went to a trailer for Spotlight), will be presented on June 6 at the Saban Theater in Beverly Hills during a show hosted by actor and comedian Wayne Brady (no relation). The submissions, which must be less than 4 minutes and 30 seconds, are screened by a panel of about 60 judges that includes directors, actors, producers, writers, executives and advertising creatives. 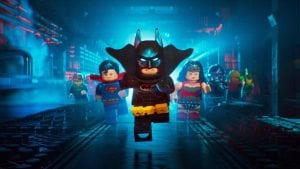 The Lego Batman Movie was nominated for Best Animation and Most Original trailers. (Warner Bros.)

The nominees are divided by genre, such as action, documentary, horror, thriller, blockbuster, animation, independent, comedy and fantasy. There are also categories for trailers for video games and TV series, those designed to be shown on television, and billboards, posters and advertising campaigns.

Two popular awards are the Golden Fleece, given to a great trailer for a not-so-great film, and Trashiest, for those that best present gore or sex with a dash of camp. There are also categories for trailers for trailers; like wooden nesting dolls, one inside the other, these are video bursts as short as eight seconds designed to make you want to watch the full trailer, which may entice you to see the film.

The nominees are announced in early May. Like a trailer, the awards show is relatively short — 90 minutes or less. The evening is “tongue-in-cheek, full of comedy, all in good fun,” Brady-Watters says.

For years the show alternated between New York and Los Angeles, but it is now firmly planted on the West Coast, although produced by East Coasters.

Brady-Watters, who is a freelance advertising producer, is unfazed. “Putting things together is what we do for a living, and we have a great team in place, people thinking ahead of us,” she says. “I can’t take credit for always having my finger on the pulse, but I do have my finger on the finger of the people we work with, who are some of the best marketers in the world. This is a global field now.”

The 18th Annual Golden Trailer Awards will be presented June 6 in Beverly Hills. The Lego Batman Movie landed the most nominations with 11, followed by 9 each for Guardians of the Galaxy Vol. 2 and La La Land. For a complete list, see goldentrailer.com. Here are a few of last year’s winners, which can be viewed at the site: