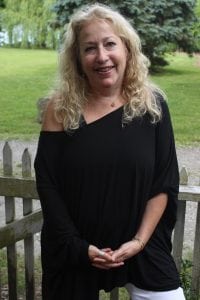 Diana Polack (Photo by A. Rooney)

What parent hasn’t heard this plea?

“I have an art project due tomorrow; you need to help me.”

After her daughter made the last-minute demand, Polack remembered the photo-transfer equipment she had in the basement of their Montclair, New Jersey, home. It could be used to make T-shirts and mugs. She suggested her daughter and some of her classmates draw pictures of something personal to each of them, and she printed tees with the drawings with each girl’s name.

Dubbed ArtTees, they were an immediate hit.

Within 24 hours Polack began visiting schools in the area, suggesting to administrators that ArtTees would be a fantastic fundraiser for their art programs. After adding tote bags and mousepads, ArtTees morphed into ArtWare and Polack brought in a friend to do graphic design.

It all expanded quickly, from local trade shows to a national business that has been going strong now for 28 years. It’s today based out of her rented home on Garrison’s Landing, where she and her husband, Peter Conway, moved after decades in Montclair raising their children. (They were looking for peace and quiet and to live near the water.) Conway, an IT specialist, built the company website.

But as the business grew, Polack felt something was missing. “In the course of becoming a commodity, we lost focus on doing good,” she says. “My mother and grandmother were always helping others, and selling something that matters is very important to me.

“By 2012 the market was saturated; online, mass-production, digitalized sites like Snapfish were killing us. We had to do four times as many schools to get the same yield. The whole climate of fundraising had changed. At the same time, I had a desire to take my company global, to make a bigger impact.” 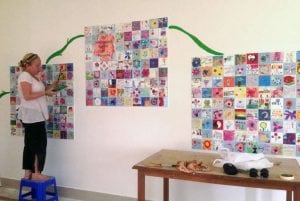 An installation in Nepal with 400 painted tiles (Photo provided)

She changed the company’s name to ArtWare for Good and began selling kits and activities to create art that is transferred to tiles for walls or tables or for keepsakes. A percentage of profits is donated to charities around the world, most of which focus on children in need.

For example, an Eagle Scout did a project involving tiles with designs related to healthy eating that he and other Scouts installed to brighten a food pantry. A bridal shower party created tiles to benefit a Ronald McDonald house. Corporations have turned painting into team-building activities. Nonprofits have created cheerful donor walls. 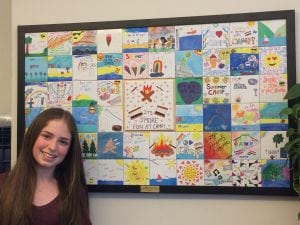 Overseas, ArtWare for Good helped create a Peace and Harmony Wall in Nepal. Another effort, ABC 123, was a collaboration with Books and Beyond USA to provide 1,000 English-language learning books written and illustrated by Newark high school students to rural communities in Rwanda. “Kids there were so unfamiliar with books that many didn’t know how to open them and they crumpled the pages while trying to turn them,” Polack says. “We need to use thicker paper stock next time.” An art wall with 800 tiles was also sent to Rwanda.

A third program supports Mission of Hope, which is building schools in Haiti. The most recent facility is in Minoterie, where many Haitians moved after the 2010 earthquake. Artwork created with the theme of hope was transferred to tiles to be installed at the school. 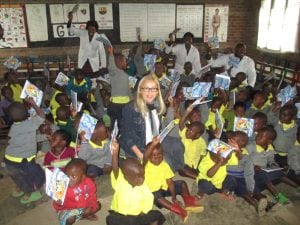 Artware for Good offers several tools for people to participate, such as Art Party Boxes that contain the supplies to create art for tiles sent overseas. Donors can also sponsor the artwork of a child to be included on a tile wall. Or they can host an art party with portions of the sales of tiles and kits directed to participating charities.

The revamping of her business has provided a big boost, Polack says, which she feels reflects the times. “With the affluence and the state of the world, the millennials are realizing they want their children to be givers and doers, not just consumers,” she says.