A number of protestors knelt at a Putnam County Stands Up for America rally in Carmel on Oct. 1 while County Executive MaryEllen Odell led the singing of the National Anthem. She organized the rally in response to NFL players kneeling before games in what they said was a protest against police brutality and racism. 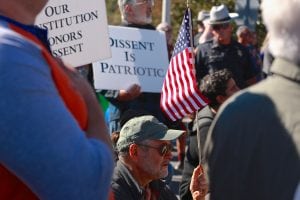 County Legislator Barbara Scuccimarra (below), who represents Philipstown, was among the local officials who attended. 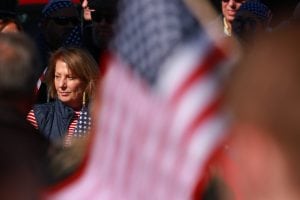