Judith Enck is the former Environmental Protection Agency administrator for Region 2, which includes New York and Puerto Rico. She will be honored Sunday, Feb. 11, at Clearwater’s Spirit of the Hudson Gala at The Garrison. 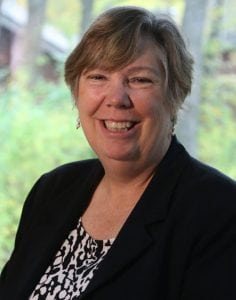 You spent seven years at the EPA before stepping down in January 2017, after President Trump took office. What are you most proud of?

The massive amounts of PCBs [pollutants] we got out of the Hudson River. We also were able to get hundreds of aging public schools in New York City to remove lighting fixtures that contained PCBs. I’m also proud of a number of things we accomplished in Puerto Rico. This was before hurricanes Maria and Irma. We jumpstarted recycling, we filed important Clean Water Act lawsuits, and we got unexploded ordnance removed from Vieques. I paid special attention to Puerto Rico because I viewed a lot of the issues there as environmental justice.

What challenges did the hurricanes bring about?

The most urgent is the hundreds of thousands of people who are still without electricity. The federal government is spending massive amounts of tax dollars to put the old electrical grid back up, which means it will continue to mostly rely on oil and above-ground wires. During the next hurricane, it’s going to come tumbling down again, and, because of climate change, we know the hurricanes will get more intense because the warmer ocean water is like rocket fuel for those storms. Congress should direct FEMA [the Federal Emergency Management Agency] to fund renewables all over Puerto Rico and the Virgin Islands: solar, local energy grids, wind, fuel cells.

What should happen next with the PCB cleanup in the Hudson?

There’s been criticism that the EPA didn’t get enough PCBs out of the river. The agency got a lot out, but it’s important for the State of New York to remove PCBs from the Champlain Canal, which runs parallel to the Hudson. The EPA couldn’t touch the canal as part of the Superfund cleanup because it doesn’t have the legal authority to do navigational dredging.

What is your assessment of the EPA under Scott Pruitt, who was confirmed as administrator a month after you left?

I’m surprised at how fast he has gutted the agency. I feel sad for my former colleagues, many of whom have been there for 25 or 30 years and feel they’re watching it get torn apart. They tell me Pruitt does not talk to the agency’s experts before making a decision, so they can’t even put up a fight. The EPA posted on its webpage — because it’s proud of this — a list of regulations that either have been or are being repealed. These are major environmental regulations being rolled back for no good reason other than that polluters have asked for it. Attorneys general from many states, including New York, are challenging a lot of these changes, but in the meantime the EPA is not enforcing the regulations.

Local and state governments can up their game while the federal government is missing in action. People also should donate to effective environmental groups like Clearwater or Earthjustice, which does a great job litigating. I have no financial interest in these groups, but if you normally would send $10, send $20.