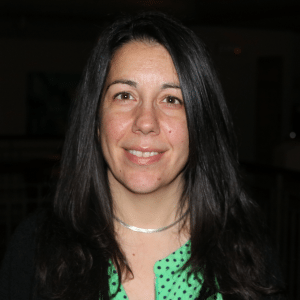 Erin Drakontaidis is the Hudson Valley coordinator for Pre-Dating Speed Dating. Her next events are scheduled for Feb. 26 in New Paltz and March 11 in Brewster.

How did you get involved with speed dating?
I participated in a Pre-Dating event in Albany. The company is based in Florida, and at the time they were looking for a Hudson Valley coordinator. My first event was in September.

Your events typically involve four men and four women who pair off for six minutes each. Is that enough time?
Sometimes before we start someone will say, “Six minutes — that’s a long time!” But afterward the same person says, “It wasn’t actually very long.”

Do younger adults approach the events differently?
They tend to be more concerned about appearance. At my first event, a man came in, checked out the women and left. I suggest you sit and chat; you never know how or when a connection can form. I’d like to see more men in the 50-plus age bracket give it a try.

Who’s more nervous, men or women?
Women tend to be more anxious. On the other hand, men are more likely to back out because of nerves.

Do most people end up with dates?
I had one event where five of the eight people didn’t connect with anyone, but that’s unusual. On the other hand, rarely do you go eight-for-eight.