Sean Patrick Maloney, a Democrat, is seeking his fourth, two-year term representing New York’s District 18, which includes the Highlands, in the U.S. House. He is being challenged by James O’Donnell, a Republican who is a member of the Orange County Legislature and former chief of the MTA Police Department.

O’Donnell has not yet responded. The general election is Tuesday, Nov. 6. 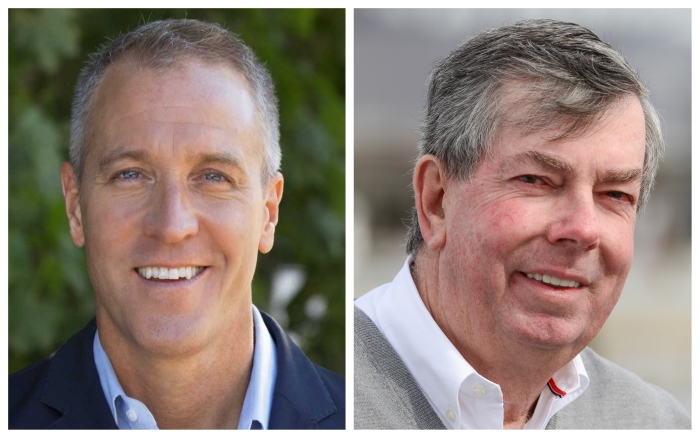 The Intergovernmental Panel on Climate Change issued a report stating that without immediate and aggressive action, the effects of climate change will be felt much sooner and much more intensely than previously thought, with worldwide catastrophic consequences. What do you think the U.S. needs to do first to help prevent this from happening?

Maloney: We have to take the threat of climate change seriously – we owe it to our kids and grandkids to be good stewards of the environment and heed the warning of scientists who unanimously agree that we’ll feel the devastating effects of this problem within our lifetimes. We can do this by expediting our transition away from dirty fossil fuels and towards renewable sources of energy, and by living up to our international commitments like the Paris Climate Agreement. We could also do so by accurately pricing carbon. I introduced legislation this year that would hold polluters accountable without passing costs on to consumers. In fact, my legislation would provide a $1,000 refundable tax credit for working families from the revenues generated by the carbon fee to help them pay for their energy bills while cutting down on our carbon emissions.

What could be done differently to slow down the continued scourge of opioid abuse in our communities?

Maloney: There is no silver-bullet solution to defeating the heroin and opioid epidemic – and to protect our communities from this crisis, we have to open up our toolbox and use every tool available. I am particularly proud of some monumental legislation we’ve worked to pass in Congress over the past few years, including the Comprehensive Addiction Recovery Act and the Support for Patients and Communities Act, which significantly improve our prevention, treatment, recovery, law enforcement, criminal justice, and overdose reversal programs. I also worked to pass a law which will incentivize the use of anti-addictive properties in new medicine and train doctors on the dangers of over-prescription. It’s up to all of us to fight this epidemic, and I’ve been proud to work in Washington to advance common-sense laws and bring millions of dollars in federal funding to help law enforcement, prevention, and treatment efforts at home in the Hudson Valley.

Maloney: America has a proud legacy as a welcoming nation to people of all backgrounds, all faiths and from all over the world. What makes our country special is that many of our ancestors came here as immigrants from different parts of the world in pursuit of a better life for themselves and their families. I believe we can both uphold our values as a beacon of hope to people fleeing violence, persecution and poverty while also guaranteeing our national security. It’s a false choice between these two, and we make our country stronger by welcoming refugees. I disagree with the administration’s decisions to needlessly and cruelly cut down on the number of refugees we allow into the U.S.

Do you support keeping the Affordable Care Act as it is now? If not, what two changes would you make?

Maloney: I wasn’t in Congress when health care reform passed, and by the time I got there, each side was dug in. Republicans tried to repeal the law more than 60 times without a replacement, and a lot of Democrats refused to make any changes to the law. The Affordable Care Act did a great job of expanding coverage to millions of Americans who needed it, but it did not do enough to reduce the cost of care. Our focus should be to protect what we have in terms of coverage while working to cut costs. Bedrock programs like Social Security and Medicare weren’t perfect when we first created them, but we worked in bipartisan way to make them stronger instead of throwing the baby out with the bathwater.

We should approach the Affordable Care Act the same way. We can achieve this by moving away from the fee-for-service model, which is just what it sounds like. Right now, every test, procedure and examination you receive costs money, regardless of how effective it is. We should encourage the shift to value-based care – a more cost-effective model, which is tailored to your specific needs and prioritizes accountability and performance. Several providers in the Hudson Valley have already adopted the value-based model, and it’s working. We should also empower the Secretary of Health and Human Services to negotiate drug prices with pharmaceutical companies. The V.A. already successfully uses this bargaining power – it would drive down drug prices and allow Medicare to save money the right way.

Washington Post columnist and U.S. green card holder Jamal Khashoggi was murdered inside the Saudi Consulate in Istanbul. How should the U.S. react in regard to its relationship with Saudi Arabia?

Maloney: We cannot allow any of our international allies to get away with murder and other flagrant human rights abuses. When we face this moral dilemma as a nation, we have an obligation to do the right thing, not the short-sighted, politically-expedient thing. That means we ground our relationship until we know the truth. We should suspend the arms deals we have with Saudi Arabia until we know the facts about this heinous act and send a powerful message that the U.S. will not allow its allies to use violence to smother the free press. The Saudi authorities are watching how the president will respond – or fail to respond – to this criminal act. If the president lets this slide, it will signal a lack of commitment by the U.S. to hold our international partners accountable for human rights abuses, opening the floodgates to future bad behavior.