She was born April 14, 1927, in Gilboa, New York, the daughter of Orville and Florence (Clum) Van Loan. She married Delbert Travis, who died before her.

Rose Marie worked as a gardener at Stonecrop Gardens in Cold Spring. She was a member of the Lost Wheels Motorcycle Club of Beacon and the Gadabouts of Beacon. 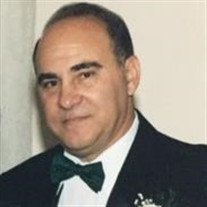 He was born in Beacon on April 6, 1931, the son of Joseph and Martha (Sherilla) Critelli. Joe was raised in Cold Spring and graduated from Haldane High School in 1951, after which he joined the U.S. Navy and served for two years aboard the SS Cadamus AR-14.

On Sept. 11, 1955, he married Geraldine “Gerry” Seranto at St. John the Evangelist Church in Beacon. She died in 2016. Joe worked for 44 at the Texaco Research Center in Glenham before his retirement. He was a life member of the Slater Chemical Fire Company in Glenham and the Dutchess County Pistol Association, as well as a past member of the Beacon Elks Club.

Joseph is survived by his daughters, Carol Critelli and Cheryl Critelli-Neubauer (Don).

A Mass of Christian Burial was held Dec. 7 at St. John the Evangelist Church, followed by burial with military honors at Cold Spring Cemetery. Memorial donations may be made to the Animal Rescue Foundation (arfbeacon.org) or Hudson Valley Hospice (hvhospice.org). 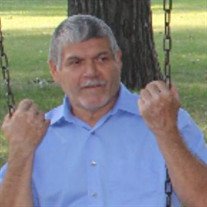 Ernesto worked at Chemprene, Inc. in Beacon and was a member of the Church of God in Glenham.

In addition to his wife, he is survived by his children: Rebeca, Samuel, Ernesto and Alicia; and his sisters, Lucy Soto, Rosalia Soto and Bernabe Soto.

A funeral service was held on Dec. 5 at the Church of God, followed by burial at Fairview Cemetery in Beacon.