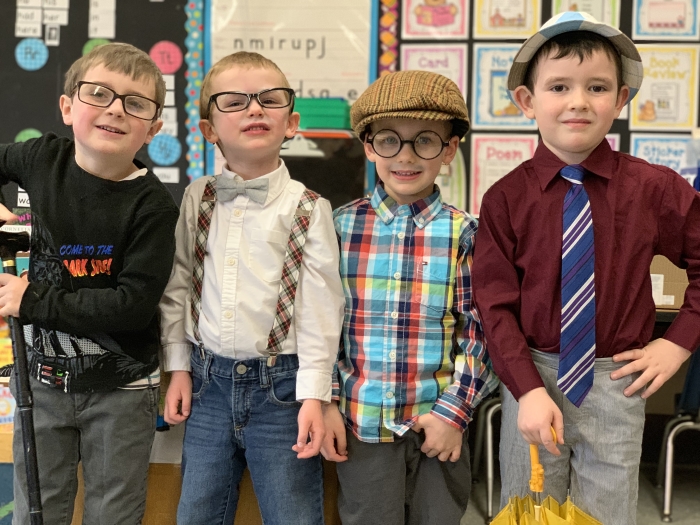 FIRST 100 DAYS — Kindergarteners at Haldane Elementary recently marked their 100th day of school (and “being 100 days smarter,” according to teacher Silvia LeMon) by dressing as 100-year-olds. Shown from left are Diarmuid Cotter, Henry Budney, Devin Byrne and Andrew Duncan. (Photo by Silvia LeMon) 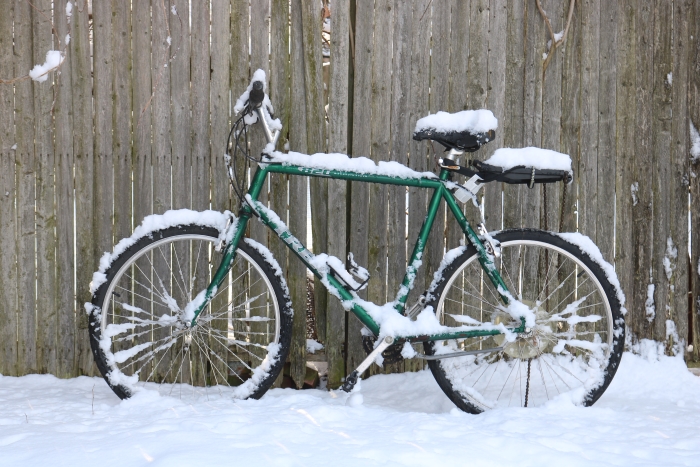 TURN, TURN, TURN — Spring is so close (March 20), and yet so far. Michael Turton found this bicycle in suspended animation in Cold Spring on March 3. All in good time. (Photo by Michael Turton) 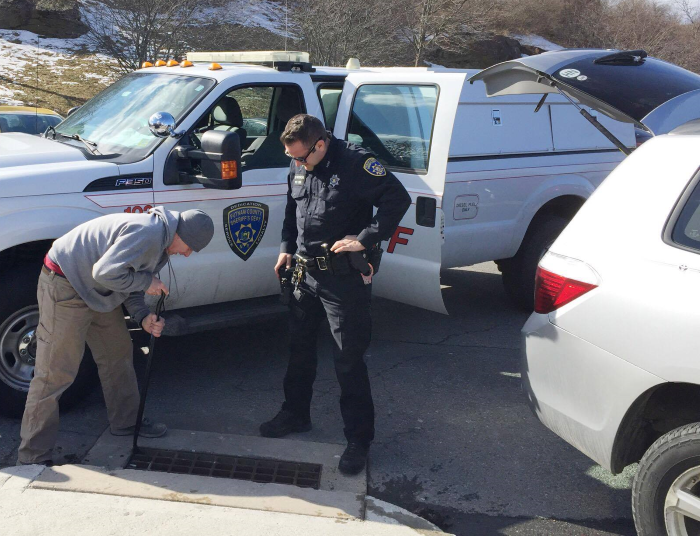 NOT A GOOD DAY — Putnam County Sheriff’s Deputy Matthew Boscia, a member of the department’s newly formed Emergency Service Unit, assists a driver who dropped his car keys into a storm drain. The eight officers in the ESU, which was created by Patrol Capt. Harry Tompkins, handle rescues but also carry chain saws to open roadways blocked by downed trees and respond to disabled-vehicle calls. (Photo by Michael Corrigan/PCSD)