Baseball training camp is in full swing in Florida and Arizona, and, closer to home, the Hudson Valley Renegades, a minor-league affiliate of the Tampa Bay Rays that plays at Dutchess Stadium, has begun recruiting families to host players during the coming season.

Host families must have a separate bedroom for their billeted player, but transportation to and from Dutchess Stadium in Wappingers Falls is provided, either by the team or the player. 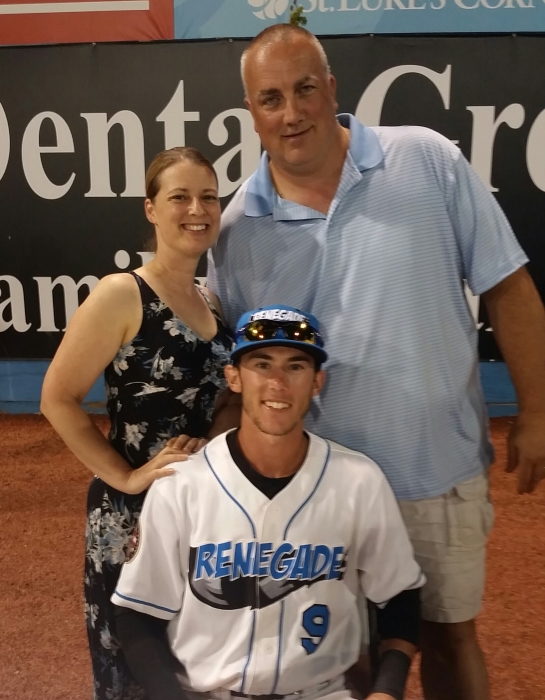 Peter Van Markwyk, the volunteer coordinator of the program, said families receive free tickets to every Renegades home game (the first is June 16), but that isn’t the real reward. “It’s about helping a kid fulfill his dream,” he said.

The Renegades play in Class A short season, an entry level in the minor leagues, and each player earns about $200 per week during the season, which continues through Labor Day weekend, Van Markwyk said. He and his family have hosted a player for the past eight seasons.

Kristen Huss, the vice president of community partnerships for the Renegades, said the program is essential for the club. “We couldn’t have a team without the help of host families,” she said.

Some families have taken in players every season since the Renegades first took the field at Dutchess Stadium 25 years ago. “Empty nesters” often take in a player, Huss said, but if the hosts have children, “the kids idolize the players. The worst part is when players leave at the end of the season; they get attached.” She said it’s not uncommon for host families to be invited to a player’s wedding.

Infielder Miles Mastrobuoni lived with Van Markwyck and his family during the 2016 season before moving on to the Class A+ Charlotte Stone Crabs and the Class AA Montgomery Biscuits. The 23-year-old, who played for the University of Nevada before being drafted by the Rays, is at the team’s spring training camp in Florida after advancing in each of his three seasons in the minors.

“He was just such a great kid to have in our home,” Van Markwyk recalled, noting that he and his wife, Paige Flori, keep in touch with players who have stayed with them.

To learn more about being a host family, email Huss at [email protected]