The quiet of Boscobel has once again been interrupted by strangely clothed people running across the usually untrammeled lawn, exclaiming and exhorting, swords drawn, masks on, genders switched.

Yes, the Hudson Valley Shakespeare Festival (HVSF) is back in town and staying a bit longer than usual — not leaving this burgh until Sept. 8, giving the troupe enough time to present four plays: two (Much Ado About Nothing and Cymbeline) by the bard; the third, an adaptation of Edmond Rostand’s Cyrano by one of the festival’s most popular actors, Jason O’Connell (who also stars); and the fourth, HVSF’s first musical, Into The Woods, by Stephen Sondheim.

Each season brings some changes, says HVSF Artistic Director Davis McCallum. “We’re not reinventing, but we’re also not repeating a formula,” he explains. “We ask, ‘Is there an innovation that we can use to make things more wonderful?’ I love that part of the job.” 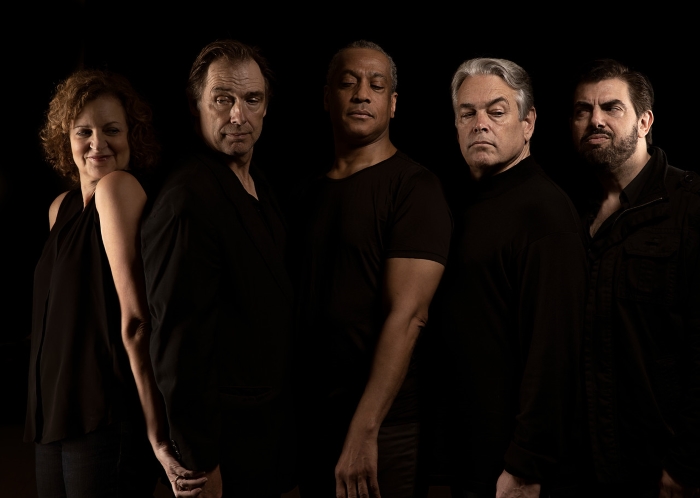 McCallum explains how he mapped out the season, which is HVSF’s 33rd.

“This year I thought, ‘OK, I’ll put Much Ado and [director] May Adrales right there. That led me to thinking that Much Ado and Cymbeline have an interesting, cousin-like connection, thematically. One is an early comedy and the other is the last romance Shakespeare wrote.

“I’d been mulling over doing a small musical here at some point. I’ve always loved Into the Woods and I was talking, post-production, with Ray Bokhour [of Cold Spring], who last year did a rich and moving score for our production of Rip Van Winkle. Ray said he thought we could do a great chamber musical in this space. I was heartened by his encouragement.

“It occurred to me that Cymbeline and Into the Woods are both fairy tales with interwoven narratives,” he adds. “We decided to invest in the technology that will allow singers to be heard, with a small band. Into the Woods is about human nature and about parents and kids. Recently, more than ever, I’m aware of being a son as well as a father to two.

“Cyrano is just a wonderful piece of theater, inspired by the artistry of Jason O’Connell. He makes every thought his own — it sounds like he’s making it up, and it’s amazing to have him in something he co-wrote” with Brenda Withers. 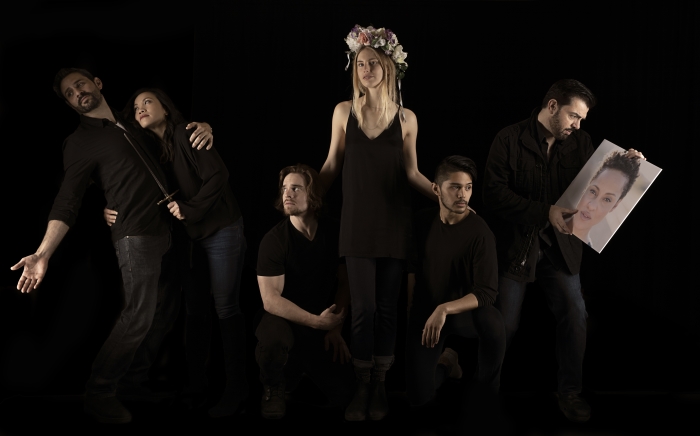 McCallum is directing Cymbeline and acknowledges, using the fairy tale trope, that is it often seen as a neglected stepsister in Shakespeare’s repertory. But, he argues, that assessment is unjust. “It’s one of his greatest plays,” he asserts. “It’s hard to do. You need both heart and a commitment to playfulness. It’s hugely surprising, with hairpin turns [of plot], and stories careening around corners of other stories. It actually has more asides than any other Shakespeare play, with characters explaining things to the audience — which is great for our space. It’s a journey from the court to a green world where all stories converge in a symphonic way.”

Each of the plays contains actions sometimes at odds with contemporary codes of behavior. Asked if subtle adjustments are required to make characters’ actions more palatable, particularly in terms of gender divisions, McCallum says he believes they are. “I try to do ‘here and now’ productions, rather than a 17th-century production. I don’t think a departure means taking liberties. Every production, including the first one, is an interpretation. We are still tethering the story to the original when and why. 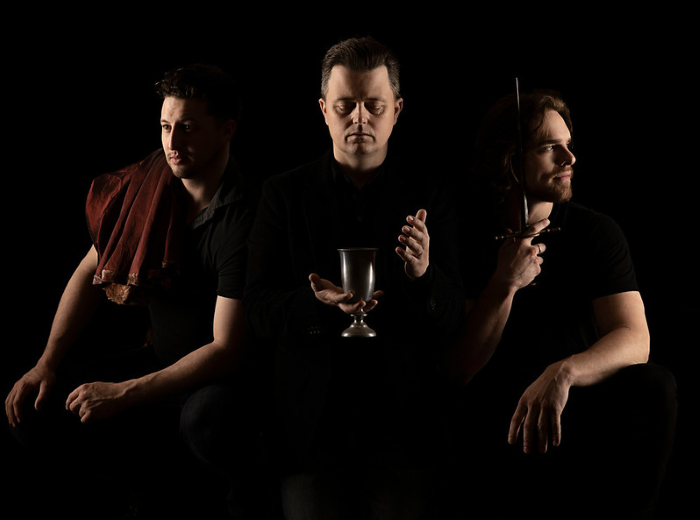 “The core idea of balance between justice and forgiveness is there in Cymbeline as well as in the two plays it’s most linked with, The Winter’s Tale and The Tempest. It’s about havoc and second chances. We’re all imperfect and we hope that we’re judged with generosity. It’s a very current question: ‘Can there be a reconciliation without justice? If we only seek justice and retribution, where does it end?’ ”

In keeping with its traditions, HVSF has transposed Much Ado About Nothing (which is coincidentally also being done by the Public Theater in Central Park this summer, set in contemporary Atlanta, with an all-black cast) to a 1950s Catskill-type resort, replete with, McCallum says, “brilliant costumes by Valérie Thérèse Bart and amazing music by Nellie McKay. Our Beatrice [Tina Chilip] and Benedick [Charlie Semine] are both new to the festival and are giving performances of charm, verve and charisma.”

Tickets may be exchanged up to a week before curtain for $10. Members of the Saints & Poets Society and Festival Circles Program can exchange at no charge.

Obstructed-view seats will be $10 for every show.

No discounts, such as those for seniors, children, students and active and former members of the military, will be offered on seats in the center-front section.

Previews begin on June 9 for Much Ado and on June 11 for Cymbeline. Cyrano begins performances on June 27, and Into The Woods starts on Aug. 1. For the schedule and tickets, visit hvshakespeare.org or call 845-265-9575. Putnam and Dutchess county residents receive 25 percent discounts for the previews of Much Ado on June 9, Cymbeline on June 13 and Cyrano on June 27.