Pedro was born July 1, 1979, in San Juan, Puerto Rico, the son of Evelyn Cruz of Beacon and Ramon Luis Pacheco. Pedro graduated from high school, earned an associate’s degree, and worked for Mental Health of America in Beacon. He was a fan of professional wrestling and loved to watch the shows. Pedro was a member of the Casa de Avivamiento Church in Beacon.

He also is survived by his grandmother, Andrea Cruz Vasquez, of Beacon; his sister-in-law, Katrina Pantojas of Beacon; his uncles, Ricardo Cruz, Tommy Cruz and Johnny Cruz; his aunts, Carmen Rodriguez, Margarita Cruz and Iris Cruz; and his nieces and nephews, Majlis, Adryanna, Julian, Evan, Nilah and Maiya.

Pete was born on Feb. 18, 1956, in Beacon, the son of Concezio and Marlene (Busby) Sylvester. As a young man, he was trained in the art of sculpture foundry. He continued work in the sculpture community for the rest of his life, in later years as a craftsman and artisan to sculpture artists. He enjoyed winemaking, fishing, travel and games of chance. His family said he would be remembered for his work ethic, sense of humor and personality.

Pete is survived by his children, Mika Cavanaugh (Stuart), Sean Sylvester and Pete Sylvester Jr.; his grandchildren, Ariana, Makayla, Zaleia and Bryant Cavanaugh, Mia and Eli Sylvester and a grandson to be born next month; his companion, Tina Calabrese; and his siblings, Susan DiGilio, Ellen Miller, Maria Schiffer, Chrissy Sylvester and Jimmy Sylvester.

Family and friends will gather on Friday, July 5, from 2 to 4 p.m. and 7 to 9 p.m. at Riverview Funeral Home by Halvey, 2 Beekman St., in Beacon. A funeral service will be held on Saturday, July 6, at 10 a.m. at the funeral home, followed by burial at St. Joachim Cemetery. 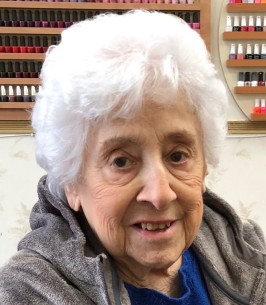 Family and friends will gather for a Mass of Christian Burial at noon on Friday, July 5, at St. Joachim Church, 51 Leonard St., in Beacon, followed by interment in St. Joachim Cemetery. Memorial donations may be made to the Hudson Valley Hospice Foundation (hvhospice.org).