The seven-part Showtime series on the last days of Roger Ailes, who ran Fox News and the Putnam County News & Recorder until shortly before his death in 2017, finally reaches his life in Philipstown in episodes that air on Sunday, July 21, and Sunday, July 28. (Showtime provided The Current with a preview.)

The Loudest Voice is based on a 2014 biography, The Loudest Voice in the Room, by Gabriel Sherman, which includes a chapter on the time Ailes (played by Russell Crowe) and his wife, Beth (Sienna Miller), lived in Garrison and published the PCNR. Cold Spring is portrayed by Sea Cliff, Long Island. 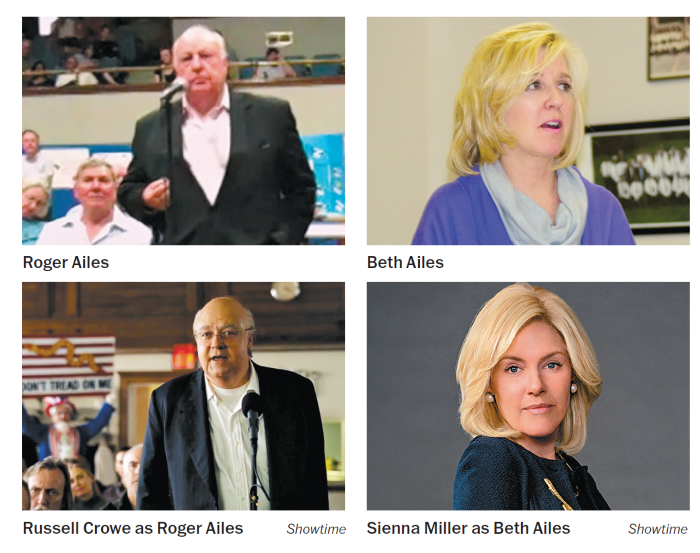 The episodes include a subplot that focuses on the relationship between the Aileses and Joe Lindsley (Emory Cohen), a young conservative reporter hired to run the PCNR who is depicted as being deeply troubled by a lack of fair and balanced journalism. Philipstown Town Supervisor Richard Shea (Mark Lotito) also makes an appearance to push back against Ailes’ campaign to shoot down a proposed change to town zoning laws.

“That’s Our Lady of Loretto. I play organ there on Sundays. It’s a wonderful congregation. You’ll have to come to Mass with us.” ~Beth Ailes (Miller), to Lindsley (Cohen)

“It’s beautiful here, but there needs to be a strong conservative voice in this town. Roger and I have high hopes that you and the paper can be that voice.” ~Beth Ailes, to Lindsley 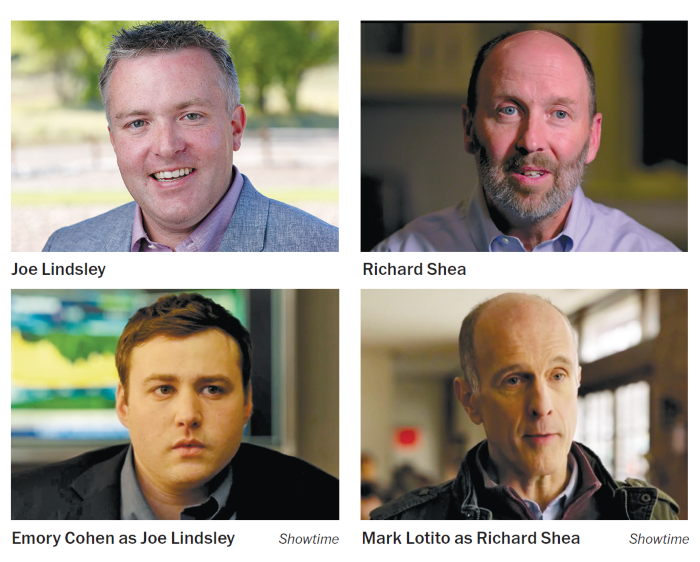 “The [PCNR] staff work for you, Joe, not with you.” ~Beth Ailes, to Lindsley

“Proud of yourself? You’re tearing this town apart!” ~woman to Lindsley in a coffee shop, after he wrote an editorial denouncing rezoning plans
“Maybe the kid is right. Who is Shea to tell us what we can do with our land?” ~another patron, in Lindsley’s defense

“That’s Shea, such a drama queen.” ~Roger Ailes (Crowe), after Lindsley reports encountering Shea
“He seemed like a nice guy.”~Lindsley
“Yeah, a nice guy, like Stalin was a nice guy.” ~Ailes 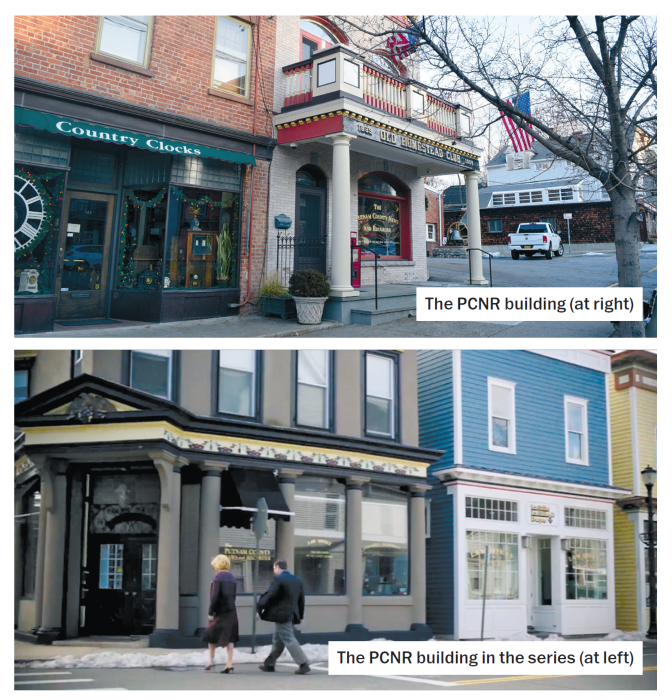 “The Democrats have nominated an African socialist who wants to redistribute the country’s wealth and the biggest news around here? Pot lucks and yard sales.” ~Ailes, at dinner in his Garrison home during the 2008 campaign

“I’d like him to know that his employees are making blatant political statements with their bumper stickers. It’s a breach of journalistic integrity. It shows bias, and it’s wrong.” ~Beth Ailes, new to town, lecturing a PCNR receptionist after spotting an Obama-Biden sticker in the parking lot