Philipstown span among worst in region 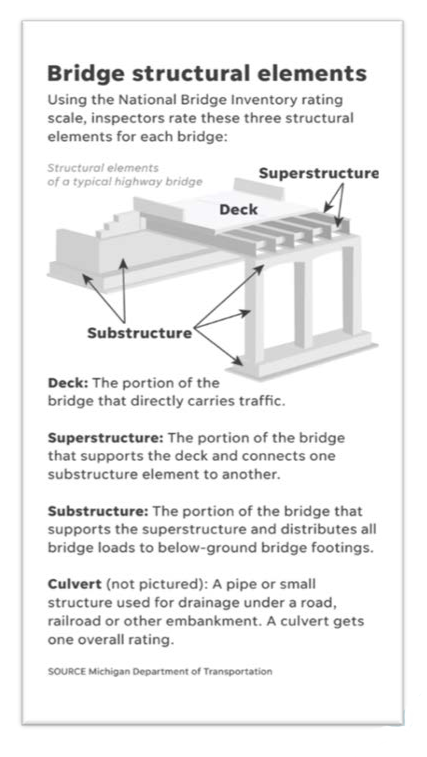 Thirteen percent of the 2,251 bridges that are 20 feet or longer in the Hudson Valley are in poor shape, with significant deterioration of the decks, supports or other major components, according to a report by a national transportation think tank called TRIP. More than 2.5 million vehicles cross the bridges daily, it said.

The most heavily damaged bridges are closed or have their weight limits reduced, which can require emergency vehicles, trucks, school buses and farm equipment to use alternate routes.

All five of the most heavily traveled Hudson Valley bridges in poor condition are in Rockland County. The I-84 bridge in East Fishkill, built in 1968, and the Route 9 bridge in Poughkeepsie (1966) are in the top 25.

In Putnam County, the Sprout Brook Road bridge over Canopus Creek in Philipstown (1935) and the Oscawanna Lake Road bridge over Peekskill Hollow Creek in Putnam Valley (1964) were among the 25 Hudson Valley bridges with the lowest ratings for the condition of their decks and supports, according to TRIP.

Last year, a report by the American Road & Transportation Builders Association calculated that 10 percent of the bridges in New York state were classified as “structurally insufficient.” It also calculated that repairs are needed on 1,679 bridges in the 18th Congressional district, which includes the Highlands, at an estimated cost of $1.5 billion.