Restaurants can stay open, but is it worth it?

A number of restaurants and cafes in the Highlands that began offering curbside pickup or delivery a week ago after Gov. Andrew Cuomo’s order to end in-seat dining have now closed, and others are struggling.

In Beacon, George Mansfield, who owns the Dogwood restaurant and bar, had to lay off his entire staff when he made the decision to close almost two weeks ago.

Mansfield, who is also a Beacon City Council member, said that a restaurant typically has a profit margin of 5 or 6 percent after expenses such as wages, insurance, rent or mortgage payments and utilities. That leaves little room for the sudden drop in business that came after the governor ordered restaurants, bars and cafes to close except for takeout or delivery.

“I’ve spent the last two days trying to decrease my monthly overhead as much as I can while we’re closed,” Mansfield said on Tuesday. “Those with the highest overhead now are the ones that will suffer the most. That’s what’s going to kill people. It’s terrifying because there’s so much uncertainty.” 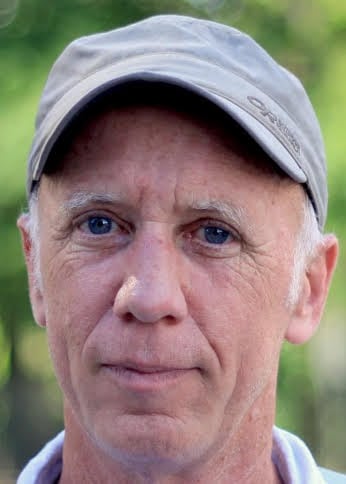 Mansfield said he considered staying open for takeout and delivery, but once you factor in the fees taken by Grubhub or other online booking systems, “you’re immediately in the red.”

Instead, he decided the best course of action was to dismiss his 20-person staff, which will allow them to collect unemployment, with the understanding that they all have jobs waiting when he reopens.

“If you catch me on an optimistic day, I think business is going to come back strong” for restaurants, he said. “The community knows how much we’re suffering.”

Kamel Jamal, who owns Angelina’s in Cold Spring and the Beacon Bread Co., Tito Santana Taqueria and Ziatün in Beacon — and had planned to open a fourth Beacon restaurant, Wednesday-Thursday-Friday, over St. Patrick’s Day weekend — said he decided to close everything down, but not for lack of business. “I didn’t want to be part of the problem,” he said. “If shutting my doors will help slow the spread, we shut down. It’s ethics, not economics.”

B&L Deli in Philipstown remains open for takeout. “We have an obligation to our employees, our landlord and ourselves,” said Bob Carpino, who co-owns the Route 9 breakfast and lunch spot. “We’re serving our community.”

He said that customers at B&L, which stocks staples such as milk and produce, ground coffee and chicken breasts, “don’t have to go to a supermarket and wait in line.”

The shop is taking precautions, he said. “We sanitize regularly and employees are all required to wear gloves,” Carpino said. Customers also are asked to stand back from the counter.

“People have been very respectful, and grateful we’re open,” he said. “We’re all a bit more humble.” 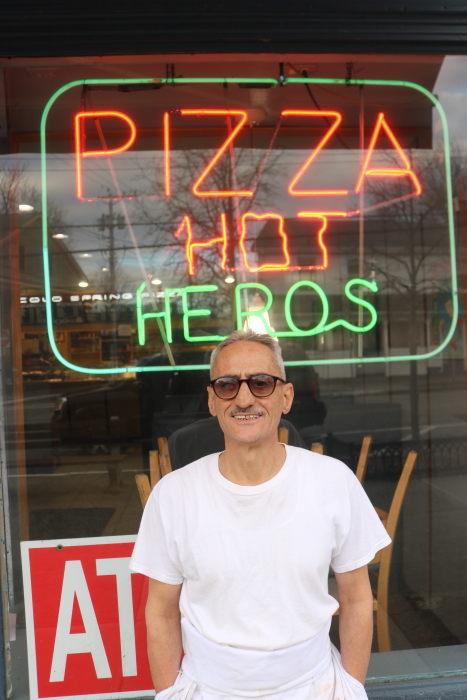 Cold Spring Pizza remains open but owner Mike Procopio says it’s been a struggle. “It’s slow,” he said. “It’s tough. We need a little help from locals. It’s been three weeks and I haven’t made a dime. I’m not getting the numbers to make a profit.”

“Our vendors wanted to continue and customers kept thanking us, so with the input from St. Mary’s we found safe ways to continue,” said the market’s board chair, Susan Branagan. “The market is an essential service.”

Branagan said she hopes the market can continue outdoors at St. Mary’s through the end of April, before moving to its summer home at Boscobel.

The market seems to be thriving despite the virus. “We were slammed last weekend,” said market manager Colin Wright, noting that many vendors sold out.

“People line up outside the market, respecting social distancing,” he said. “Just a few people are allowed in at a time.”

Vendors are also spaced farther apart than they were indoors, he said. The market has banned sampling and only allows customers to handle products when making a purchase. 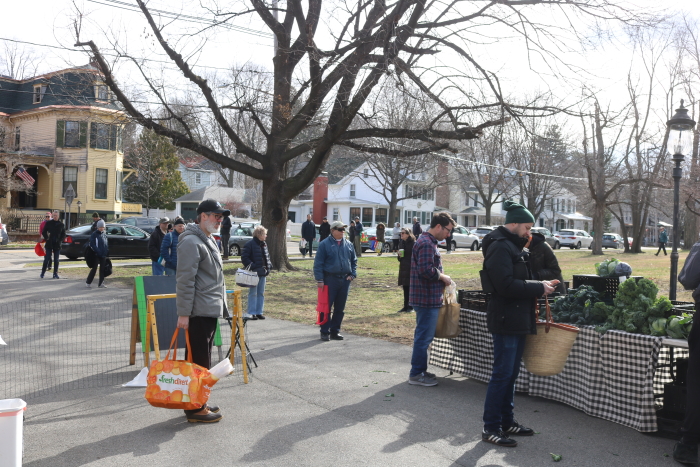 The Beacon Farmers’ Market has closed but customers can order directly from vendors, paying in advance for Sunday pickup up at the VFW Hall. Details are available at beaconfarmersmarket.org.

At Foodtown, hoarding appears to have subsided. “Thankfully, we have seen the business settle down over the last week,” said Noah Katz, the chain’s co-president. “Our supply chain is in full gear.” Katz said he anticipates that, with a few exceptions, the chain will be fully restocked over the next week or so.