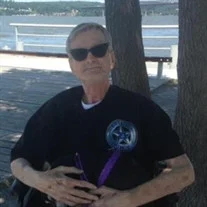 Known to his family and friends as Bobby, he was born on March 7, 1941, the son of Thomas and Anne (Curtin) Kerby. He began working for Con Edison in 1974 and retired after 43 years.

Bobby was often seen at Homefield Bowling in Yonkers. He loved to travel, gambling (especially the racetrack and casinos) and boats and cars.

He is survived by a sister, Andrea Toto (Rocco); a brother, Joseph Kerby (Diane) and a sister-in-law, Randy Melms.

A funeral Mass and burial will be held at St. Raymond’s Cemetery in the Bronx.

He was born Dec. 19, 1942, in Kew Gardens, the son of William and Theresa (Barry) Osborne. Jon was a 1961 graduate of Linton High School and a graduate of Spencer Institute of Business. His enjoyed betting on the horses and spending time with several friends from off-track betting.

He is survived by a sister, Susan Palmatier (Bruce) and a brother-in-law, Hugh Wolfe. 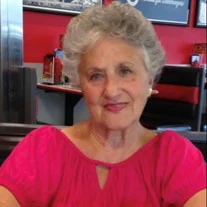 Mary was a homemaker and a parishioner of St. Joachim’s Church, where she was a member of the Women’s Parish Club. She loved babies and dogs and bingo and beer. She loved the Impractical Jokers and referred to them as the “five guys” — even though there are only four. She was an unparalleled cook, her family said.

Mary is survived by her twin daughters, Diane Knight and Denise Knight, both of Beacon; her son, Donnie Knight (Linda) of Fishkill; and her daughter, Donna (Jeff) of Greenwood, Indiana, with whom she resided. She also is survived by her grandchildren, Adam Eraca (Michelle), Casey Knight, Calle Knight, Brianne Cassidy, Liam Cassidy, Noel Pineiro, Liam Pineiro, Cody Maston, Alex Maston and Dante Maston; and her great-grandchildren, Braeden Eraca and Evan Eraca.

In addition, she is survived by her stepdaughters, Kathleen Simonton (Brad) and Eileen Mederios (Larry), both of California, along with their children and grandchildren; her sisters, Josephine Pucino (Nick) and Phyllis Horton; and her sisters-in-law, Antoinette Knight, Marion DeNicolais, Martha Lanni and Phyllis Lanni.

A private graveside service for immediate family will take place at St. Joachim’s Cemetery on April 30. 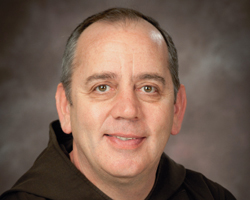 The Rev. John Salvas, 59, who joined the priesthood after graduating from Beacon High School and served in parishes around the country, died April 21 at St. Francis of Assisi Friary in Hackensack, New Jersey.

John was born in Beacon on Aug. 26, 1960, the son of Walter and Barbara (Lyman) Salvas. He grew up in the family’s “big brick house” on Wolcott Avenue in the shadow of Mount Beacon. He graduated from St. Joachim’s Catholic School and, in 1979, from Beacon High School.

From a very early age, John developed a true love for nature and all of God’s beautiful creation, his family said. He strived to live in the spirit of St. Francis in every way. He made his first Profession of Vows on Aug. 19, 1984, at St. Lawrence Friary in Beacon. He made his final Profession of Vows on Sept. 19, 1987, at Our Lady of Mount Carmel in Orange, New Jersey. He was ordained on March 12, 1988, at Our Lady of Lourdes in Paterson, New Jersey, and recently had completed his 32nd year as a priest.

Following ordination, John served in parishes in the Bronx; Paterson, New Jersey; Atlanta; Tampa; Hendersonville, North Carolina; and Hackensack, New Jersey. Among his favorite ministries was working with the Hispanic community, his family said, and he immersed himself in the Dominican Republic to become fluent in Spanish and loved ministering in that language.

John founded the Helping Hands food pantry and soup kitchen at Immaculate Conception Friary in the Bronx. He was also known for his stirring homilies, artistic abilities and parish dramas depicting scenes from the life of Christ, his family said.

John especially enjoyed nurturing the many gardens he planted, hiking, camping at Montauk, going to the ocean, traveling to various pilgrimage sites and music of all kinds. John always made it a priority to minister to the sacramental needs of his large extended family by performing numerous wedding masses, baptisms and funerals over the years. He was a true child at heart and loved seeing his many nieces and nephews at family gatherings, his family said.

He is survived by his father, Walter Salvas of Beacon, and his siblings: Paul Salvas (Carol) of Beacon; Martin Salvas (Kathy) of Rochester; William Salvas (Anne) of Ayer, Massachusetts; Mary Gagliardi (Joseph) of Poughkeepsie; and Jeanne Brunet (Paul) of Brookfield, Connecticut. 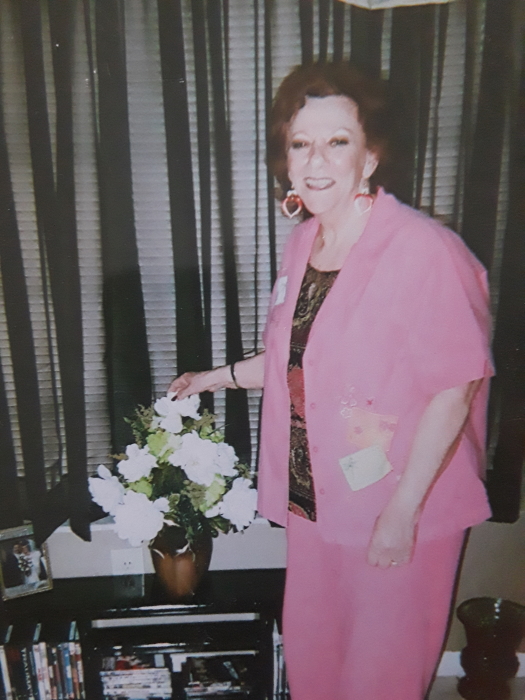 Rosina D. Tyburczy, 79, a resident of Beacon since 1975 and formerly of Yonkers, died April 14 at the Putnam Nursing and Rehabilitation Center.

Born in Yonkers on May 23, 1940, Rosina was the daughter of Nicholas and Rose (Salano) DeVito. She was a hairdresser in Yonkers before her move to Beacon, where she worked on the manufacturing line at IBM in East Fishkill for 23 years. Upon her retirement, Rosina worked for another 10 years for Walmart.

She married Robert Tyburczy, who died in 2018. A devoted member of Saint Ann’s church, Rosina loved to laugh and spend time with her grandchildren; cook and clean; and gamble with her friends, her family said.