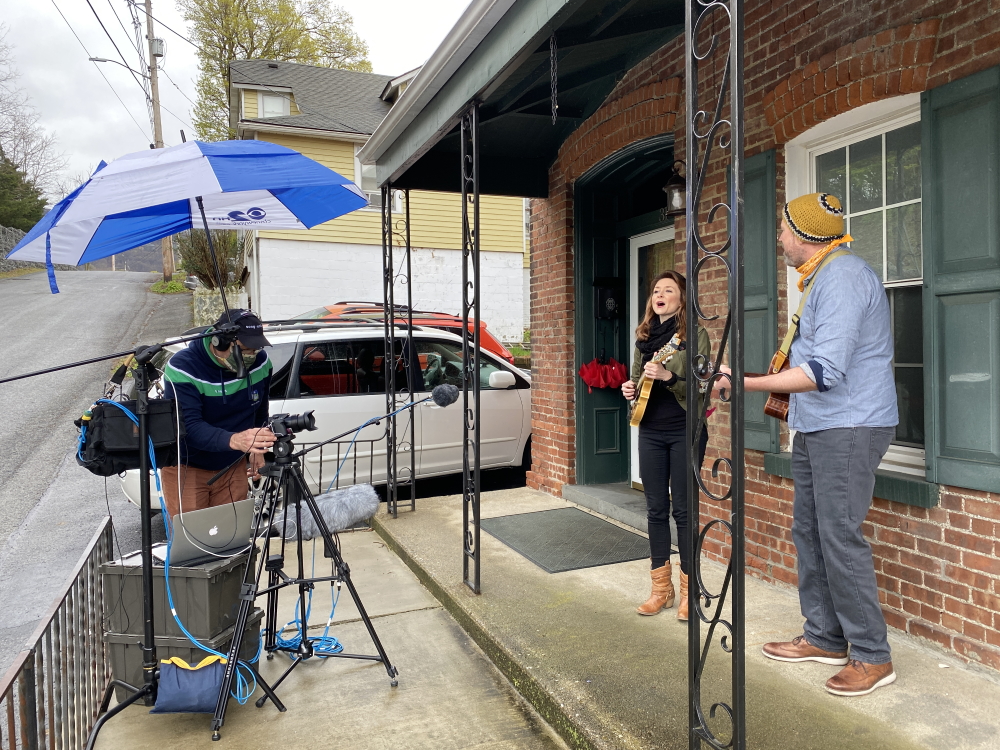 John Kelly, a longtime recording engineer, lighting designer and technical production director, in 2018 had a vision for his first, post-retirement project: He would showcase Hudson Valley musicians in a more intimate setting than a typical concert where the audience listens, claps and leaves.

He planned a video series that captured “the art in the craft of songwriting” — performers would be interviewed and play for a studio audience.

“John is quite a fine musician himself,” says Westin. “And, of course, he’s highly skilled technically. He started having this conversation with me: ‘I have this idea that we could interview songwriters on why they write, what they write, how they come to that.’ I said, ‘You’ll need a host. Who were you thinking of?’ ‘You,’ which sounded great to me.” 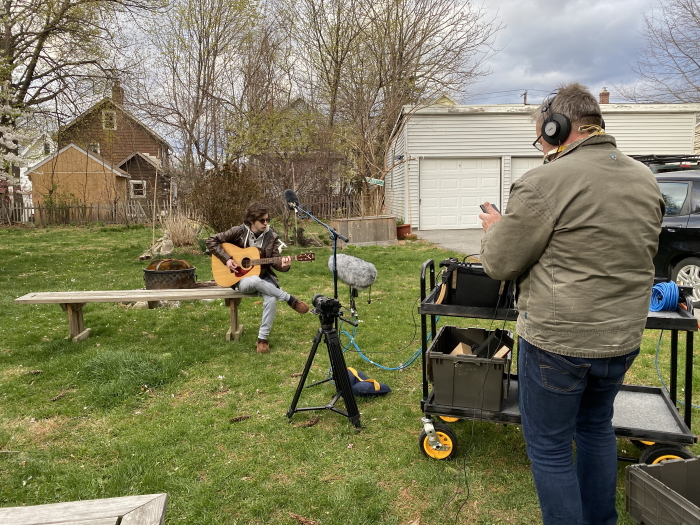 The project debuted a few months later, in January 2019, with a discussion and performance by Stephen Clair at the Beacon Music Factory. It continued as SongSmith and shifted to a more spacious loft inside the warehouse of LNJ Tech Services, a lighting-and-event company in Beacon.

“People started turning up to help and soon we had a volunteer crew,” Westin says. The response to the series was enthusiastic, and SongSmith became a nonprofit corporation with a board of directors and began asking for donations so it could buy equipment (which now comes from Kelly’s studio) and pay the musicians for their performances and the volunteers for their expertise.

To help fill the void for both audiences and artists, SongSmith morphed into Quarantine Stream, in which three times a week (Monday, Wednesday and Friday at 6 p.m.) a songwriter or songwriters share a new song at songsmith.org. Westin provides an introduction and Kelly films the performers outside, with everyone keeping a safe distance.

When the lockdown began, “we contacted every performer we knew to ask, ‘Do you want to come do one song?’ Everyone said yes.” 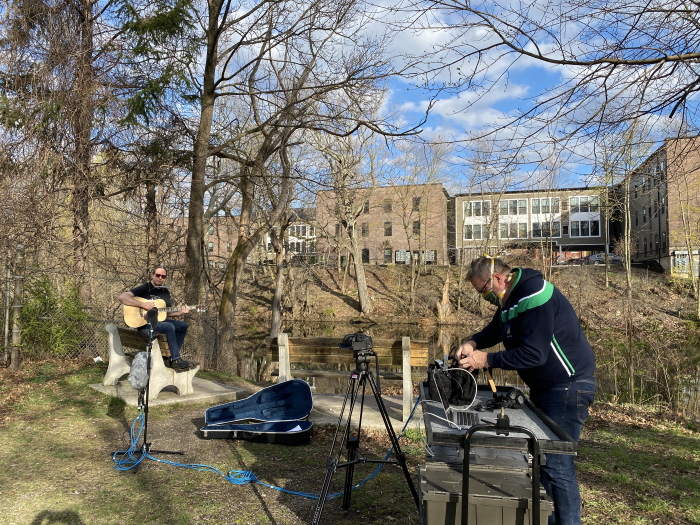 Next up are Vibeke Saugestad, accompanied by Ken Fox, who plays bass for The Fleshtones, on Friday (May 22), followed by a special episode with AudraSonic (Audra Kizina and Matt Harle) and video artist Jeff Crouse on Saturday (May 23) and a recorded highlights edition on Memorial Day (May 25). “The intent is to keep doing this until the restrictions [for live shows] are relaxed,” Westin says.

He notes that the musicians who participate “are providing a service. It’s not just strumming guitars and singing pretty words — these artists are providing soul satisfaction. They help people maintain sanity and clarity, and offer a respite from the craziness.

“Also, and not the least of it, artists have been hard hit by this. They’re out of work and down to zero income,” he adds. “We have a rich music community in the Highlands, so if someone hears a song and decides to buy a CD or contributes to the artist through Venmo or other ways, everything helps.”