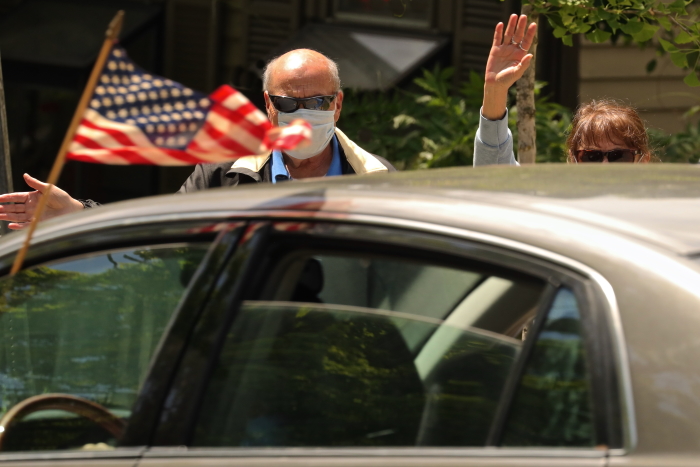 REMEMBERING FROM AFAR — Philipstown residents lined Main Street in Cold Spring and Nelsonville on Memorial Day (May 25) to wave from a distance because of social-distancing regulations as a long convoy passed by on its way around Putnam County to honor those who lost their lives at war. A similar convoy took place in Dutchess. (Photo by Ross Corsair) 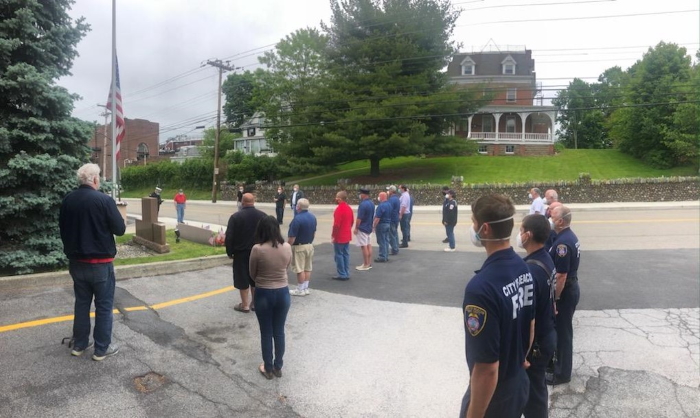 The Lewis Tompkins Hose Co. in Beacon held its annual Memorial Day wreath laying ceremony on May 25. Members of the fire company have served in every conflict from the from Spanish American War to Iraq War, and five have lost their lives. (Photo provided) 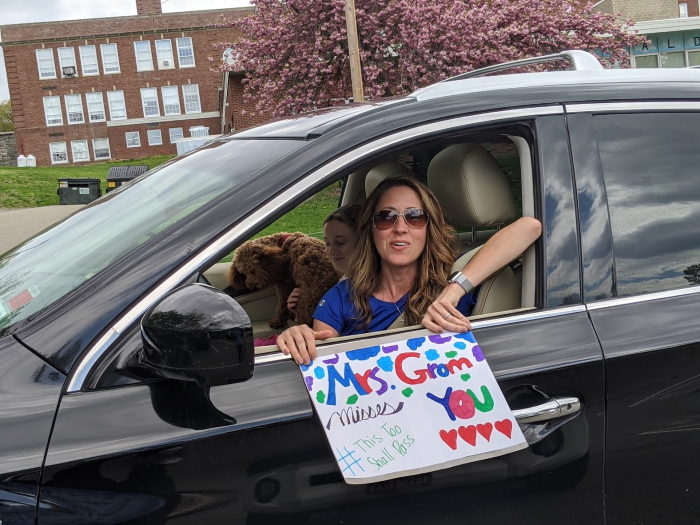 TEACHER PARADE — Haldane Middle School’s sixth-grade teachers organized a parade earlier this month to cruise through town to say hello to their students. The teachers, packed into a caravan of eight cars, waved and shouted, “We miss you!” (Photo provided) 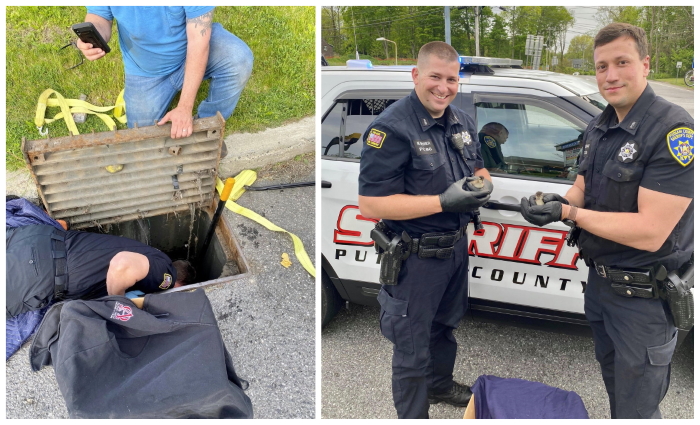 GRATE JOB — Putnam County Sheriff’s Deputies Tom Neuner and Michael Curran on May 23 rescued a brood of ducklings in Brewster that had followed each other into a storm drain. The ducklings were taken to a shelter in Rye. (PCSD photos)