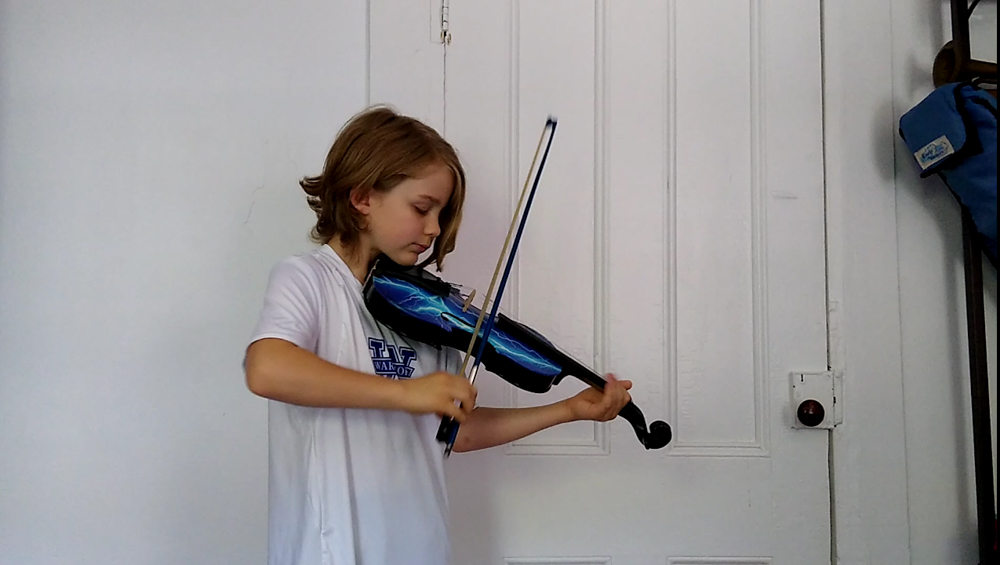 Philipstown students among those competing for summer prize

Five Philipstown tweens and teens are among 30 young people competing in Putnam Performs, a talent showcase and competition being held virtually over the summer under the auspices of area libraries.

The entrants, who had to be ages 11 to 19, were asked to submit a performance video of up to 2 minutes that could include singing and dancing but also spoken word, magic, visual arts, acting, gymnastics, making or creating something, storytelling, yoga poses or stand-up comedy.

Four elimination rounds were scheduled through Aug. 17, with winners selected by Putnam County residents through online voting. The grand prize is $300, plus $200 for second place and $100 for third place.

The students representing the Butterfield Library in Cold Spring and the Desmond-Fish Library in Garrison are:

Joanna George, 12, on violin, performing Concerto No. 5 1st, by Seitz

Chloe Rowe, 15, on ukulele, singing an original song, “Get Out of My Head”

(The entrants also included Cadhla Maguire, 10, of Philipstown, although she is too young to be an official competitor.)

To watch a video of the initial performances, visit bit.ly/pp-round1. 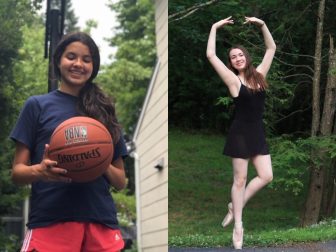 On Tuesday (July 14), based on more than 2,000 votes, 24 of the performers advanced to Round 2 and this week each videotaped new performances that will be posted at butterfieldlibrary.org and desmondfishlibrary.org, with votes accepted from July 20 to 22. Voting for Round 3 begins Aug. 3 and for the final 10 contestants on Aug. 17.

Kate, who studies at Dance for Joy in Mohegan Lake, says she entered after her classes and spring recital were canceled because of the pandemic shutdown, yet she wanted to keep performing. She has been dancing for 12 years, beginning at age 3 “with Ms. Mary at Philipstown Rec.” She hopes someday to dance professionally.

Camilla practices a different type of movement — the full-court variety. She demonstrates her basketball skills partly as a way of keeping them in tune but also to “just have fun” before rejoining her team. She says her favorite player is Paige Bueckers, a high school guard from Minnesota who will be attending the University of Connecticut.

Chloe, who cites The Beatles, Grace VanderWaal, Clairo and The Lumineers as songwriting influences, thinks “the county-wide competition is a great idea, because even with the pandemic we’re finding ways to share our talent and bring the community together. I’m so excited to see everyone’s performances!” 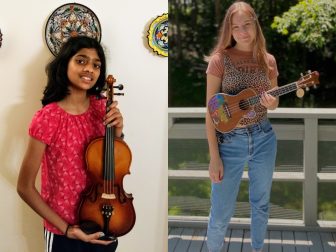 It was Joanna’s violin teacher who encouraged her to enter. She’s been studying the violin since she was in second grade and says the instrument appeals to her “because I love the sound and history. The range of the violin is so unique, with different bow strokes or plucking.”

Lucky, also a violinist, has been studying the instrument for four years with Gwen Laster in Beacon. “Gwen has been teaching me to improvise and create new songs and pieces,” he says. He entered “because I wanted to show people and myself what I’m capable of doing, not just on the violin but also vocally. Everyone in the competition is really good, so it’s exciting and a little scary.”