Heidi Wendel, a lawyer in private practice who lives in Nelsonville, specializes in defending whistleblowers. She also serves on the Philipstown Planning Board and is an advocate for the Nelsonville Woods. 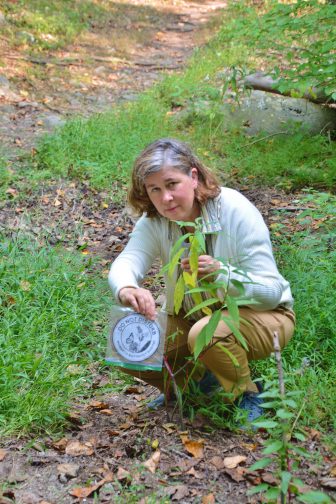 Heidi Wendel in the Nelsonville Woods (Photo by L.S. Armstrong)

What type of whistleblowers have you represented?

They’re brave people, often employees at pharmaceutical firms and other health care entities who blow the whistle on those companies for apparently defrauding taxpayer-funded programs like Medicare and Medicaid. I bring the cases under the federal False Claims Act, with the goal of forcing the companies to pay back the money to the government. I spent many years at the Manhattan U.S. attorney’s office when Preet Bharara was the U.S. attorney; and as chief of the New York State Medicaid fraud office when Andrew Cuomo was the attorney general.

What kind of numbers are we talking about?

While heading up the civil-fraud unit for the U.S. attorney’s office, I investigated a major pharmaceutical company for paying kickbacks to doctors for prescribing its drugs. The case was settled recently for nearly $700 million. To gather evidence, I traveled around the country knocking on doctors’ doors. The False Claims Act has recovered many billions of dollars on behalf of U.S. taxpayers, not to mention the additional billions recovered under state laws modeled on the federal statute.

What brought you to Nelsonville?

When my husband and I moved here in March 2019, my daughter and her boyfriend were already living here. She and I had been coming here to hike for more than 20 years. We liked the idea of living close to the woods but in a walkable village. I grew up in a rural area near Princeton, New Jersey, and spent most of my childhood playing in the woods with my siblings and friends.

You often speak out at Nelsonville Village Board meetings about protecting the Nelsonville Woods. Why are they important to you?
Because of the beauty and mystery of nature, and because I love hiking. We are so lucky to be able to hear peeper frogs in the spring and owls at night; see trout lilies, marsh marigold, Jefferson salamanders. In Nelsonville, we have a project to fight invasive plants and restore native plants, which will improve biodiversity. This spring we planted 200 witch hazel seedlings, which, as they become shrubs, will attract birds like bobolinks that are not here but should be. If we restore the Highlands’ ecosystem, more diverse birds and other wildlife will come. In addition, we planted a dozen mountain mints that a thoughtful resident donated. As we were putting them in, several black swallowtail butterflies and honeybees landed.

If people have native plants they can donate for planting in the woods, we would love to plant them, and we welcome seed donations, too. The Nelsonville Trail Committee has been maintaining the trails for decades and done a wonderful job. And the support from the Village Board is incredible. Its members understand the value of the woods as a key part of the town’s identity.