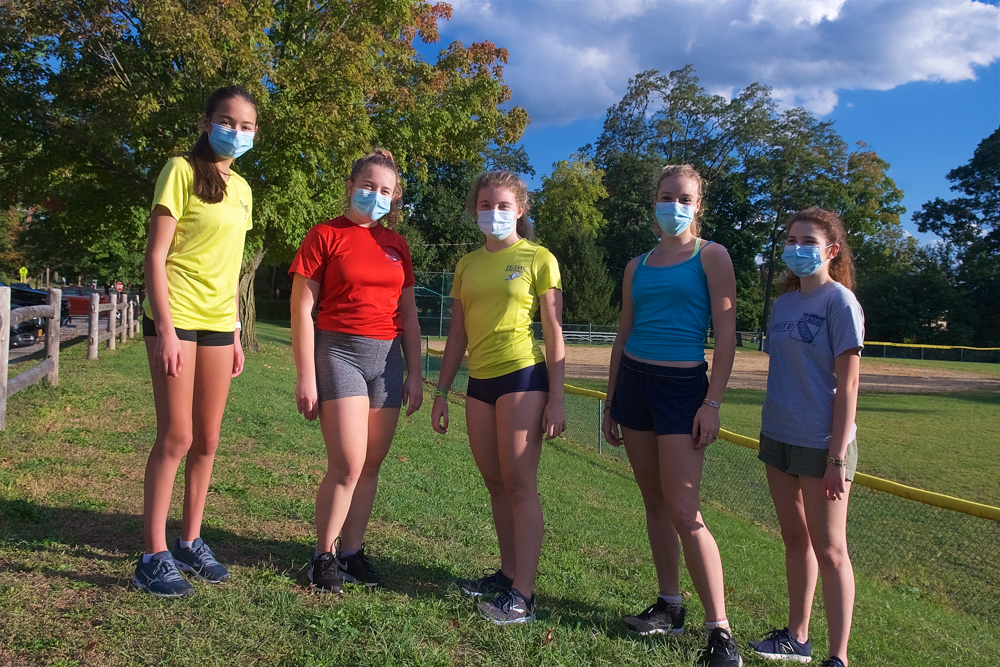 Last year both the boys’ and girls’ teams won the Section 1 regional title and reached the state championships, with the girls taking fifth place in Class D.

Coach Tom Locascio said this week that he expects this year’s girls’ team to be even better. “We have 10 runners, which is a first,” he said. “I was happy with the six we had last year. And I’ve seen a lot of dedication from all of them.

“It’s a real shame there’s no state championship tournament this year” because of COVID-19 restrictions, he added. “We’ve been waiting — I’ve been waiting — 14 or 15 years for this. We were going to get something done in the state this year. The girls are disappointed, but it’s balanced by the fact that they’re so happy to be out there doing something.”

Heading up the team is senior Shannon Ferri, who was a third-team All-Section performer in 2019, and freshman Eloise Pearsall. Two promising newcomers are sophomore Celia Drury and junior Caroline Cates.

“To have two solid runners is huge,” Locascio said. “Shannon will be in the top 20 in every race, and Eloise will be just outside of that.”

The boys’ team has won the Section 1, Class D title for 13 consecutive seasons. “Every year that’s the goal, and we have our best two runners returning,” Locascio said. 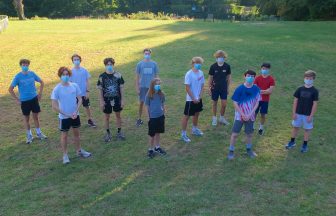 Seniors Everett Campanile and Walter Hoess will lead the team. “Last year they solidified themselves as the two best runners on the team, and this year is the same,” the coach said. They also have helped sophomore Conrad White and junior Luke Parrella to improve.

The coach said he is looking for good things from two runners who came from the soccer team: sophomore Rowen Kuzminski and senior Ben Strol. “I’m happy with their effort and their speed,” he said. “They will help us a ton.” He said sophomore John Kisslinger also has been “stepping it up this year.”

Locascio retired as a Haldane art teacher in June and had planned to stop coaching, as well. But last year he told the team that if they continued their sectional title streak, he might come back.

“I’m so glad I’m back,” he said this week. “We’ve had some solid teams in my 14 years, but this will be one of our top three boys’ teams and probably the best girls’ team.”

The team has been running with masks at practice and any time they are around a group, but when runners are on a course and able to distance themselves from others, they have the option to remove the mask. Section 1 officials will be figuring out details, such as enforcement, as the season progresses.

Locascio said his athletes are trying to do everything possible to keep the season on track but they understand the tenuous situation. “I have to say that it seems like I have more cooperation in these trying times than I have ever seen before,” he said. “The kids know that the section and the district have gone to great lengths to provide this. They don’t wanna screw it up. They’re taking it very seriously.”

Haldane is scheduled to begin four Section 1 competitions at the Hudson Valley Sports Complex in Milton on Saturday (Oct. 17). The team is also hoping to compete in league meets that are still to be scheduled.