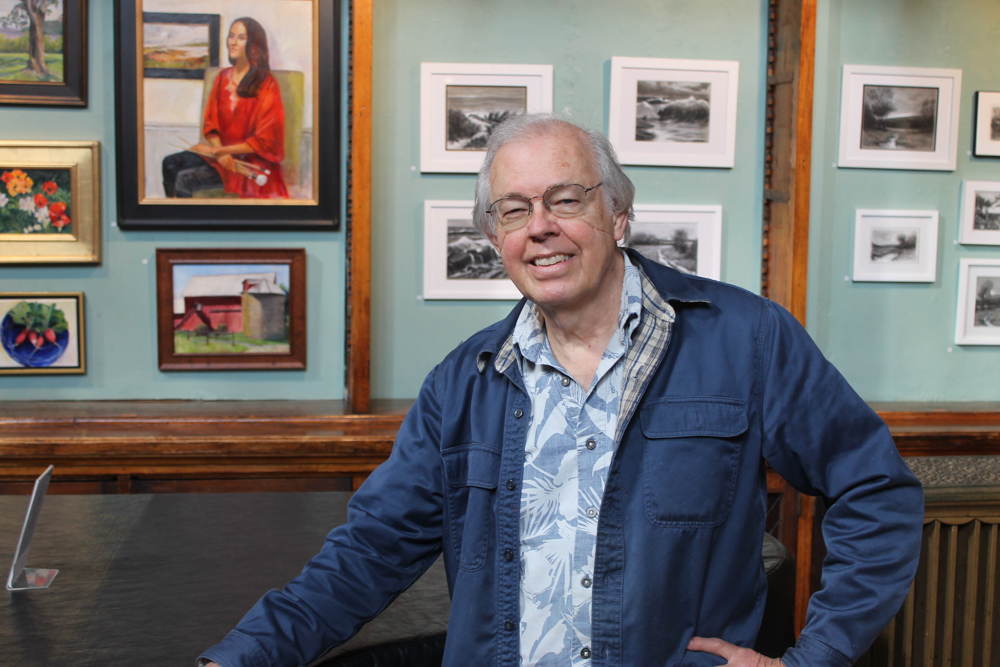 The last event at the Howland Cultural Center in Beacon before the COVID-19 shutdown was on March 13.

“It was the Hudson Valley Poets, and there were about 15 people there,” recalls Craig Wolf, president of the nonprofit’s board of directors. “From that point, it was one cancellation after another. The bulldozer came crunching through the calendar. We quickly canceled the rest of March, then realized we’d better cancel April, because nothing was happening as scheduled.”

The board kept a close eye on the guidelines established by the state to reopen. In July it mounted an annual art show, which had been postponed, and were surprised by the number of visitors who came — and continue to come — from New York City. 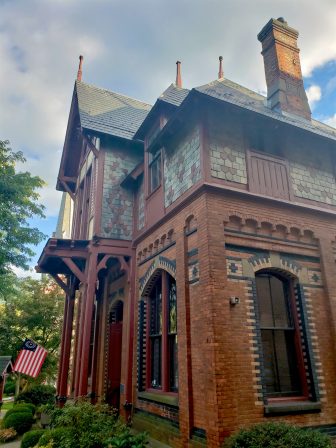 “They are coming by car and by train, and to some degree our visitor numbers follow the curve of Dia,” Wolf says. “When Dia is closed, there are fewer. We shrank our schedule to weekends, Saturdays and Sundays from 1 to 5 p.m., and in that amount of time we see more people now than we used to see in four days. [A maximum of 10 people are permitted inside at one time.] Sometimes the sidewalk is so congested it looks like the city. The parking situation, particularly on the east end, is intense. We’ve spoken out against parking waivers, because we’re already jam-packed with cars.”

Most recently, the center has restarted its Old-Timey Southern Fiddle Tunes Jam Sessions, with Harry Bolick, by holding them outside, in the courtyard, and limiting attendance to 10 people. “They brought their mandolins, double basses and guitars, and it worked well,” Wolf says. “In fact, it went from once to twice per month. It’s now in a cold-season hiatus but will come back in spring.”

The center also embraced another, more challenging, genre: livestreaming. “Now we’re thinking of ourselves as Studio Howland,” he says. With the technology, the center has been able to bring back The Artichoke, a storytelling series hosted by Drew Prochaska, and Elysium Furnace Works, a performance series produced by James Keepnews and Mike Faloon. “The only difference from a live show is there’s just no audience packing into the place,” Wolf says.

To prepare for a livestream, “there are a lot of meetings and phone calls; it’s a learning experience, even for those of us here with previous broadcast experience. For example, we’re working with two technologies: One, called Switcher Studio, uses iPads as cameras, and another uses DSLR [digital] cameras and something called Open Broadcaster Software.”

Wolf acknowledges that livestream can’t replace the experience of attending a show in person at the historic building. “For an evening it becomes a tight-knit community of people who like the same thing,” he says. “You can open up a chat board, but you can’t get a lot of it with livestreaming.

All performances begin at 8 p.m. For info, see howlandculturalcenter.org.

“On the other hand, some people don’t like to come out at night: they can’t drive, are sick, have kids or are too far away. We see potential ways of recording performances and making them available on-demand. We’re seeing that people tend to want to pay less for livestreaming than in-person, so we’ll be looking at ways to work out lower costs — perhaps with sponsorships —for streamed performances. Everybody in this business is looking and learning.”

He adds: “The public should know that artists are hurting. Performing arts are the caboose on the COVID recovery. Frankly, some of the rules are hard to take. There are a lot of holes. We would love to do hybrid events with livestreaming plus a limited audience in the house. That’s where the state needs to go next — to define rules for limited capacity at live events. They haven’t opened that gate yet.”

Still, he says, “Beacon survived [the recession in] 2008 and the long recovery from that, and now COVID and a partial recovery. It shows a tremendous resiliency.”

The original version of this story misidentified the Elysium Furnace Works music series and neglected to mention co-producer Mike Faloon.