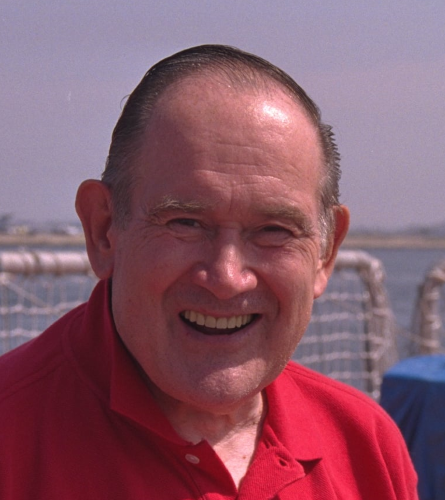 Born in Easton, Pennsylvania, on May 27, 1926, he was the son of Paul Eaton, a professor at Lafayette College, and Hannah (Wilkins). An only child, Jack’s academic prowess was apparent early: He graduated from high school at 16 and enlisted in the U.S. Army near the end of World War II.

After earning a degree in biology from Lafayette College in 1947, Jack moved to New York City and settled in Greenwich Village, where he embraced the life of a bohemian, finding work as a page in the burgeoning world of television at NBC Studios. 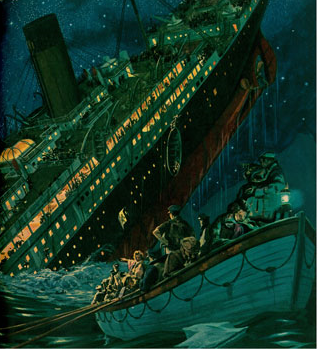 Jack first became entranced by the story of the Titanic at age 20 when he saw artist Harper Goff’s painting of the sinking liner in Esquire: It was the start of a lifelong, passionate interest which would eventually take him to three continents in pursuit of the Titanic’s history. After the immense interest in the ship following the release of the British film A Night to Remember in 1958, Jack became the founding historian in 1963 of the Titanic Enthusiasts of America (now the Titanic Historical Society). In 1989 he would co-found the Titanic International Society with Charles Haas.

In 1986, Jack’s first book on the disaster, co-written with Haas, Titanic: Triumph and Tragedy, was published. It featured many research discoveries, including the first publication of the ship’s cargo stowage plan, cargo manifest, details of post-sinking lawsuits and a full account of the role of the Halifax. By its third edition in 2011, the book included more than 1,000 photographs and was known in maritime circles as “the Titanic Bible.”

Jack was co-historian on the first Titanic research and recovery expedition in 1993, when, at the age of 67, he became the oldest person to make the perilous 12,500-foot dive to the ship’s wreck and debris field.

Jack appeared on innumerable television and radio documentaries about the lost liner and served as advisor on several Titanic artifact exhibitions as well as to National Geographic. His other books include Falling Star: Misadventures of White Star Line Ships (1989) and Titanic: A Journey Through Time (1999; now in its third edition). His only non-maritime book was his first, published in 1982, which combined his love of felines and cuisine: The Disgusting Despicable Cat Cookbook.

When not focused on maritime history, Jack spent 40 years of his post-bohemian life as an admitting officer at Roosevelt Hospital, often working in the emergency room, where he witnessed New York City at its grittiest, including the night in 1980 when John Lennon was shot and killed.

After his retirement in 1995, Jack moved to Cold Spring, settling in the lower village, where he drew attention and made friends while walking his dog, Dexter. He was frequently sought after as a lecturer and guest speaker and served for four years on the village Planning Board.

Jack has no family surviving. Memorial donations may be made to the Titanic International Society, P.O. Box 416, Midland Park, NJ 07432-0416, or to a favorite charity, especially those preserving ocean-liner history or supporting classical music. The Titanic International Society also invites friends to send memories and stories to [email protected] with the subject line “Eaton tribute,” or by mail with the envelope marked “Eaton Tribute.”