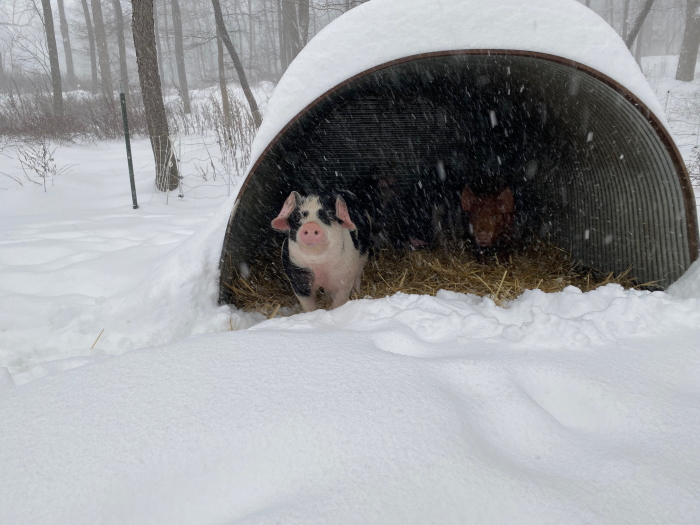 STORM SENTRY — As the snow kept falling, the farmers at the Glynwood Center for Regional Food and Farming in Philipstown had to ensure the animals were safe and fed and that their tunnel homes didn’t collapse under the weight of the snow. This shot was taken last week during the first storm. “Pigs are naturally playful and curious and ours do seem to enjoy rooting around in the snow,” said Liz Corio of Glynwood. “They are more cold-hardy than they might look because of their hefty fat layer.” (Photo by Nicole Scott/Glynwood) 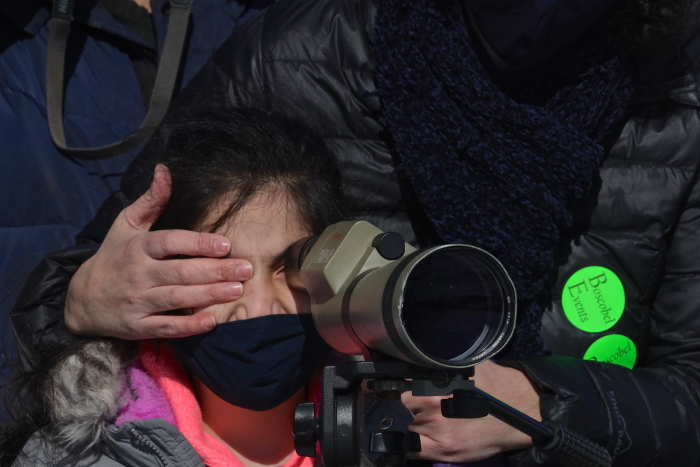 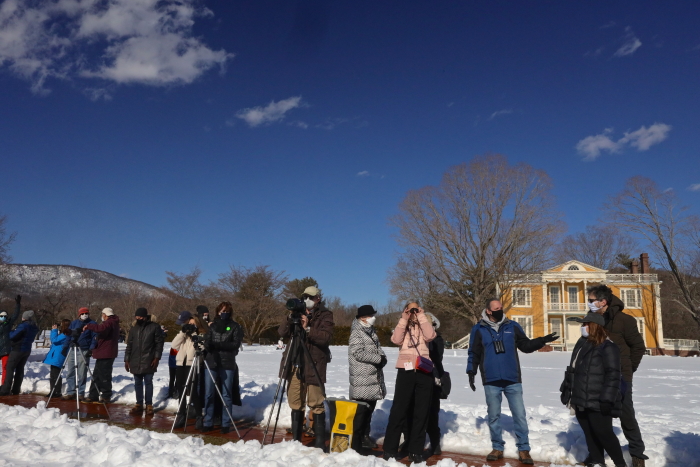 EAGLE EYES — The Putnam Highlands Audubon Society hosted an Eagle Watch at Boscobel on Jan. 30 and Feb. 6. Scott Silver, director of the Constitution Marsh Audubon Center and Sanctuary, said that when it opened in 1970, there was one breeding pair of eagles in the entire state because of overhunting and the effects of an insecticide called DDT; there are now more than 400. The birds, whose nests can weigh 2,000 pounds, roost near the Hudson because the river provides an abundant supply of dining options as the current flows past.  (Photos by Ross Corsair) 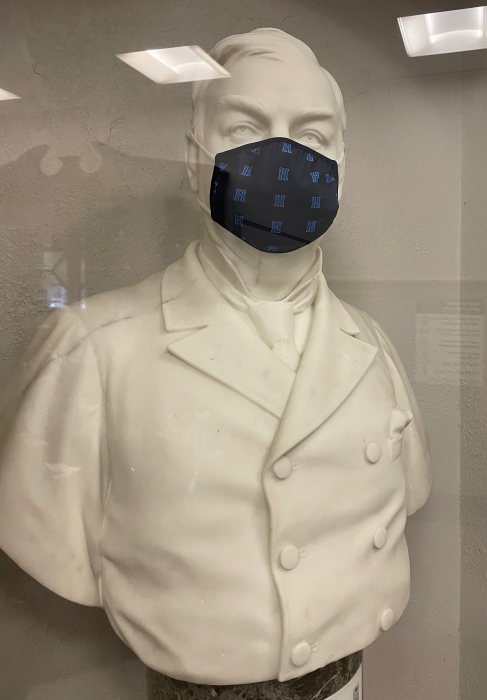 LOOKING SPIFFY — The bust of James Haldane (1818-1887), namesake of the Haldane school in Cold Spring, recently received a thorough cleaning — and a mask. The statue is located in the middle school. Haldane was an iron importer who founded the school with his brother, John. The original building was located on what is now the Tots Park. (Photo by Megan Shields) 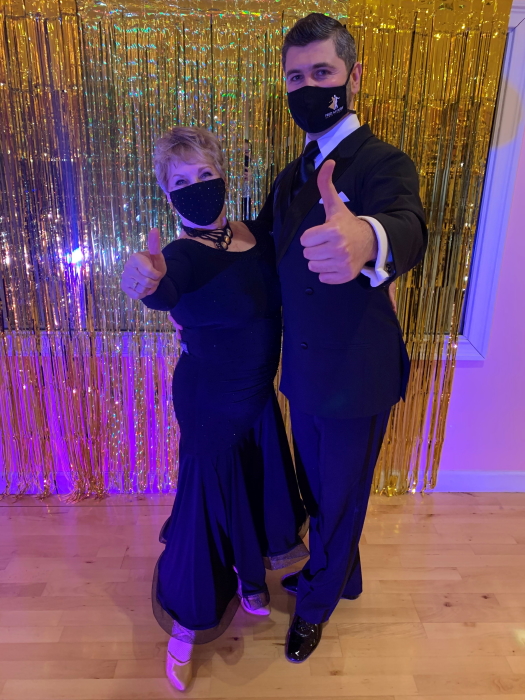