She was born June 9, 1935, in Antigua, West Indies, the daughter of Athill Martin and Mildred Henry. On Jan. 26, 1956, Winifred married Rupert Gage, who died in 2019. She was a member of the Salvation Army Church in Beacon and active with the senior program there.

Family and friends will gather on Saturday (Feb. 20) at 10:30 a.m. at the Salvation Army Newburgh Corps, followed by a funeral service at 11 a.m. Memorial donations may be made to the Beacon Salvation Army, Seniors Program, P.O. Box 494, Beacon, NY 12508. 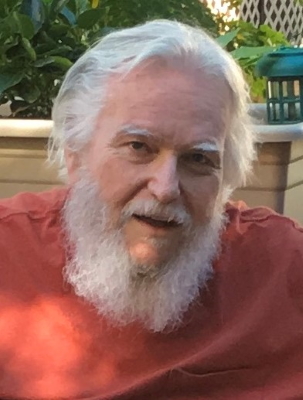 William R. Hamilton, 78, a lifelong Beacon resident, died at his home on Feb. 15.

He was born in Beacon on Oct. 23, 1942, son of Robert and Martha (Helman) Hamilton. Bill graduated from Beacon High School and member of St. Andrew’s Episcopal Church in Beacon.

On June 28, 1987, in Hopewell Junction, he married Lena Cline. Bill was a golfer and a member of the Southern Dutchess Country Club. He also enjoyed traveling, movies and reading. Along with his love for golf, he was a diehard Giants fan.

In addition to his wife of 33 years, he is survived by three stepdaughters, Deborah Kacur (Scott), Suzanne Griffith and Pamela Duffus (Fred); seven grandchildren: Kayla, Kimberly, Emily, Britney, Michael, Knox and Axel; and three great-grandchildren: Addison, Aubrey and Damien. He is also survived by his sister, Roberta Hamilton, and her partner, Janice Cummings.

A private memorial Mass will be held at St. Andrew & St. Luke Episcopal Church in Beacon. 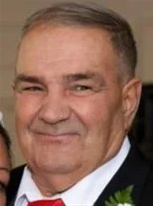 Gung was born Sept. 5, 1935, at the Abraham DePuyster Home in Beacon, delivered by his midwife grandmother, Francesca Papula. He was the son of the Peter and Agnes (Pacjka) Papula.

On Oct. 9, 1971, in Peekskill, he married the former Catherine Sinclair. Gung worked for many years as a welder at Green Fan in Beacon until its closing. He then worked in maintenance at the Fishkill and Wallkill prisons until his retirement.

A funeral service was held on Feb. 17 at Riverview Funeral Home by Halvey in Beacon, followed by interment in the family plot at St. Joachim Cemetery.