Consolidated Edison buys the 242-acre Indian Point Park — which had been a stop for the Hudson River Day Line and included beaches, trails and swimming pools — for $300,000 to construct a nuclear power plant, with little opposition. By one estimate, once the plant is operating, property taxes in tiny Buchanan will be cut by 88 percent.

Con Ed announces that its newly completed reactor has achieved its first nuclear chain reaction. Six weeks later, it begins producing 15 megawatts of power for use by Buchanan residents. 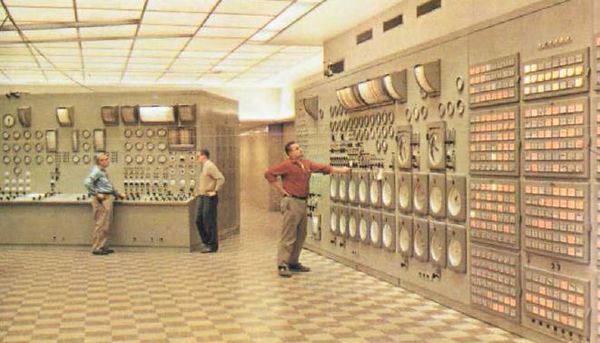 Con Ed receives federal approval to construct a second reactor with a capacity of 873 megawatts.

Con Ed receives federal approval to build a third reactor with a capacity of 965 megawatts.

The New York State Department of Environmental Conservation (DEC) orders Con Ed to temporarily shut down the intake system for Reactor 2 over “substantial fish kills” estimated at 100,000 during the previous week.

1974
The federal government orders Reactor 1 shut down because it lacks an emergency core cooling system. It is never restarted.

1975
The New York Power Authority announces it has purchased Reactor 3 for $394 million.

1982
After a study claims that a core meltdown at Indian Point could cause 50,000 deaths from radiation poisoning and 14,000 long-term deaths from cancer, an official with the Nuclear Regulatory Commission (NRC) says an accident is about as likely as “a jumbo jet crashing into a football stadium during the Super Bowl.”

1993
The state shuts Reactor 3 for safety violations and the reactor is placed on an NRC “watch list” of troubled plants. The reactor remains inactive for two-and-a-half years.

2000
A leak inside a steam generator forces the shutdown of Reactor 2 for 10 months and the first emergency alert in the facility’s history.

2002
The federal government creates a disaster evacuation plan but skeptical county executives refuse to sign off. The state says Entergy must do more to reduce the impact of its water-intake cooling system on aquatic life. Entergy renames the plant the Indian Point Energy Center, dropping “nuclear.” A union leader for the plant’s 600 employees complains that they are portrayed as “ignorant canaries going into the mines. In reality, we’re a well-educated, highly trained, professional workforce.” 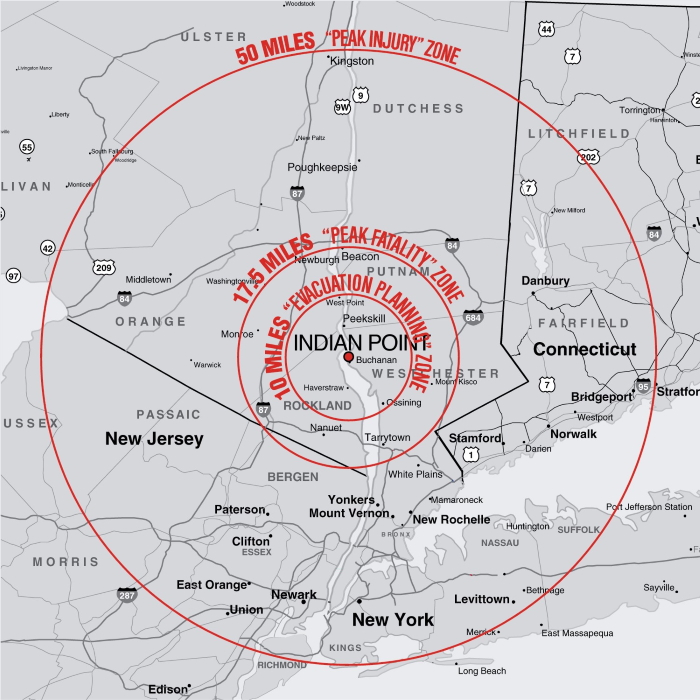 2003
Entergy informs the NRC that it plans to store spent fuel at the site in dry casks made by Holtec.

2004
The commission investigating the 9/11 terrorist attacks reveals that Mohamed Atta, who flew a plane into the World Trade Center, “considered targeting a nuclear facility he had seen during familiarization flights” — almost certainly Indian Point, since the terrorists practiced along the Hudson River corridor. Another ringleader reportedly said the plan was abandoned for fear “it might get out of hand.” 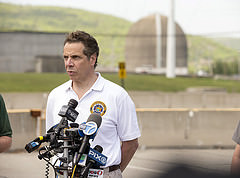 2007
Gov. Eliot Spitzer and Attorney General Andrew Cuomo ask the NRC to deny a request from Entergy for 20-year extensions for its 40-year licenses to operate the plant. “We cannot continue to roll the dice with the operation of Indian Point — there is simply too much at stake,” Cuomo says.

2010
The DEC rules that Indian Point kills too many fish and consumes and contaminates so much water that it violates the federal Clean Water Act. The firm needs water quality certification for the NRC to approve its license renewals. An Entergy representative says upgrading the water-cooling system to meet state standards would require $1.1 billion and a 42-week shutdown.

2011
Following a meltdown at the Fukushima Daiichi plant in Japan, the National Resources Defense Council estimates that, depending on which direction the wind carried the fallout, an accident of the same scale at Indian Point “could cause a swath of land down to the George Washington Bridge to be uninhabitable for generations.” 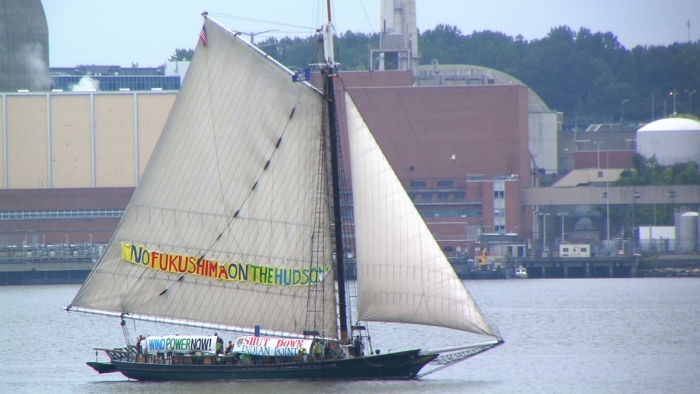 2012
The DEC fines Indian Point $1.2 million for violating the Clean Water Act after a transformer explosion spills oil into the Hudson.

2015
After the NRC says it will allow Indian Point to operate under its expired licenses, protestors stretch “Caution” tape across the entrance of the facility. The documentary Indian Point, by Cold Spring filmmaker Ivy Meeropol, debuts at the Tribeca Film Festival.

2017
Cuomo, now governor, announces that, under an agreement with Entergy, Indian Point will shut down by 2021. He appoints a task force to oversee the closure that includes Assembly Member Sandy Galef, who represents Philipstown. In December, the New York Independent System Operator, which oversees the electricity grid, concludes the closure will not affect energy supplies.

2020
Reactor 2 is shut down. The NRC approves the sale of the plant to Holtec, which will decommission it.

2021
New York State Attorney General Letitia James sues the NRC, alleging the agency should have held a hearing before approving the sale to Holtec or the company’s withdrawal of $2.1 billion from a decommissioning fund. (The case has been settled.) The state Public Service Commission authorizes the distribution of $12.5 million annually through 2029 to nearby municipalities, school districts and special districts for lost tax revenue. On April 30, the third and final reactor at Indian Point shuts down.