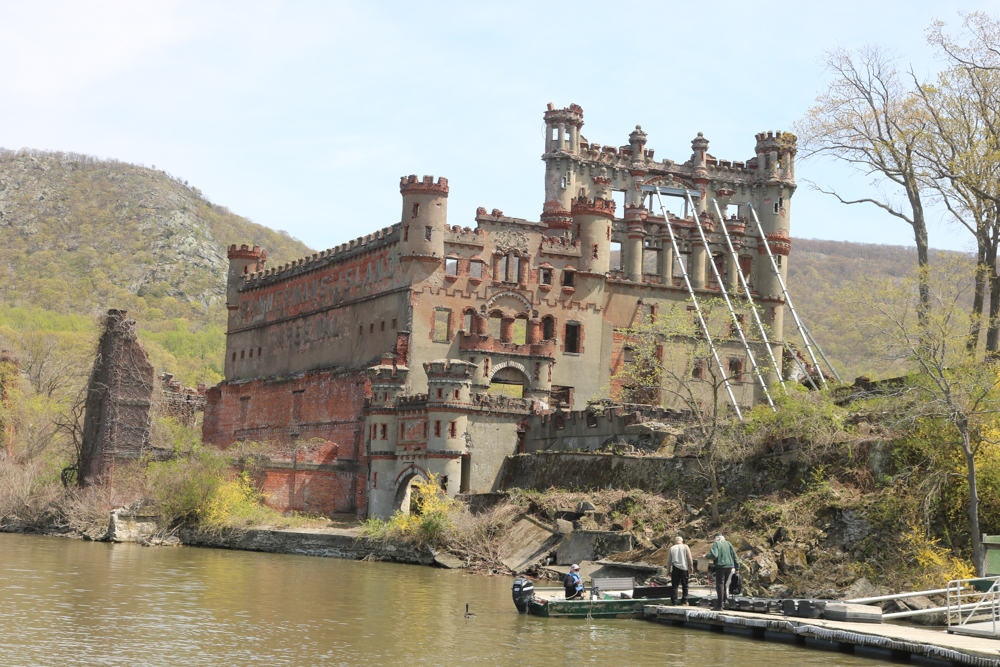 The remains of the warehouse (photos by M. Turton)

The 6-acre island, located in the Hudson River between Cold Spring and Beacon, is part of Hudson Highlands State Park.

Guided tours of the island will be offered at half-capacity on Fridays, Saturdays and Sundays beginning May 1, Caplan said, with additional times to be added later in the season. The tours leave from the boat dock opposite the Beacon train station. The Friday tour departs at 6 p.m., while those on Saturday and Sunday leave at 11 a.m., 12:30 p.m. and 2 p.m.

The 2021 season will also include live music on the third Sunday of each month through Oct. 17, as well as film screenings, a staged radio play and the 11th annual Farm Fresh Chef’s Dinner.

The movies will be Bill and Ted Face the Music, starring Keanu Reeves, on Aug 20; Alfred Hitchcock’s Vertigo, with James Stewart and Kim Novak, on Aug. 27; and King Kong, starring Fay Wray, on Sept. 19.

Five actors will play nine roles in a live “radio version” of the 1950 film noir classic Sunset Boulevard on July 30 and Aug. 1. The production will be directed by Frank Marquette, founder of Theatre in the Round.

On Sept. 4, Noah Sheetz will host the five-course chef’s dinner with live music and the sale of works by Hudson Valley artists. 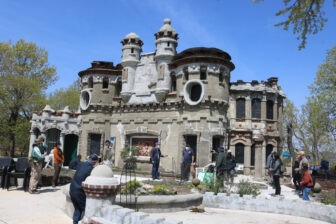 Caplan said that while the tours and events will follow state park health protocols, he’s hoping “things will loosen up more as the season moves forward.” This year has already been an improvement over 2020, with the season starting on schedule, although at reduced capacity. “There’s light at the end of the tunnel,” he said. “We’re thrilled to keep going.”

Bannerman’s Island is named for Frank Bannerman, who purchased Pollepel Island in 1900 to store his extensive inventory of military goods. Bannerman’s business outfitted armies around the world and his 350-page catalogue, which contained everything from black powder, cannons and helmets to uniforms, rifles and swords, was a veritable encyclopedia of the weapons of war.

The island warehouse was built in the architectural style of an old Scottish castle, in homage to Bannerman’s family heritage. He also constructed a home on the island.

Bannerman died in 1918, but his family continued the business into the 1970s, in later years from a Long Island warehouse. In 1969, fire destroyed most of the island’s structures.

The Bannerman residence is being restored and serves as a visitor center and as the backdrop for concerts, movies and stage productions. For information, see bannermanisland.org.