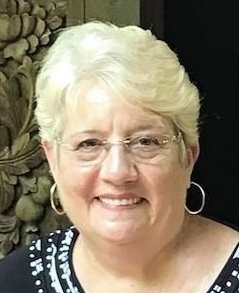 Elaine Calhoun-Fox, 74, died April 18 in Venice, Florida, with family members by her side.

On July 1, 1967, she married Harry Calhoun. They lived for many years in Wappingers Falls. She taught remedial reading at Holy Trinity School in Poughkeepsie and at Arlington Middle School in Poughkeepsie. She was one of the first teachers to incorporate computers into the classroom in the 1980s and her methods led to the creation of an award-winning reading program and commendations from the U.S. secretary of education and the New York State Board of Regents.

Because of her pioneering efforts, IBM retained her as an educational consultant, and she conducted training sessions and taught other educators how to employ her methods.

On Sept. 2, 1990, she married Dr. Edwin Fox, and the couple retired to Nokomis, Florida. They spent many years traveling the world, scuba diving, boating and enjoying life.

She is also survived by her stepchildren: Jennifer Fox of Atlanta; Sharon and Mark Snopkowski of Tiburon, California; Michelle and Gary Renelt of Discovery Bay, California; and Tezrah Fox-Haag and her partner Mia Serrano of Myrtle Beach, South Carolina; and step-grandchildren: Siobhan Fox of Sarasota, Florida; Thomas, Kristopher and Zachery Haag of Pleasant Valley; Anna Kreger of Davie, Florida; and Danielle Kreger of Atlanta.

A memorial service will be held on June 12 at 11 a.m. at St. Joachim Church in Beacon. A celebration of Elaine’s life will be held thereafter by invitation. 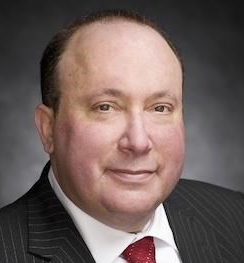 Born Sept. 9, 1964, he was the son of Cole and Brenda (Slepp) Genn. Dave graduated in 1988 from the Boston University College of Medicine. He completed his internship and residency at Montefiore Medical Center and his gastroenterology fellowship at New York Medical College at Westchester Medical Center. He was affiliated with Hudson Valley Hospital and a partner at Mid-Hudson Gastroenterology.

In 2013, Dr. Genn became disabled and was unable to practice medicine. However, he remained hopeful that one day he would again be able to serve others via his profession. His life was hallmarked by his honesty, humility, humbleness and, above all else, his tremendous kindness and generosity, his family said. He had a wonderful sense of humor and he enjoyed music, especially the Beatles, Bob Dylan, Pink Floyd and Eric Clapton.

Dave was the household’s unofficial nightly Jeopardy! champion, as he often answered the clues before they were read. Dave loved art, traveling and reading. Above all else, he enjoyed and was thankful for the love and support that he received from all of his friends and family during the nearly decade-long struggle with numerous complicated medical issues, his family said.

Along with his mother and wife, Coleen Moore Genn, Dave is survived by his stepson, Brenden Moore of Chicago; his sister, Shari Shapiro (David) of Lawrence; a nephew, Jacob Decter; and nieces Ashely Prawer, Gabbi Decter and Emma Strulowitz.

A funeral service took place on April 26 at McHoul Funeral Home in Fishkill, followed by burial at St. Joachim Cemetery in Beacon. Memorial donations may be made to the Heather Abbott Foundation (heatherabbottfoundation.org).

Born in Beacon on Sept. 29, 1947, he was the son of Cadwell and Shirley (Tennant) Killimayer. He was a graduate of Beacon High School, he owned and operated All Season Mechanical in Fishkill.

Joseph was a member of Mase Hook and Ladder Co. and enjoyed hiking and working around his house, as well as model trains.

He is survived by his children, Joseph Killimayer Jr. (Marcy) and Melissa Rodriguez (Eddie), his grandsons, Joshua Sedore and Matthew Colbert; and a brother, George Dombroski (Sophia Fischer).

Jean graduated from West Virginia University at Morgantown with a bachelor’s degree in chemistry. She worked as a chemist at the Texaco Research Center in Glenham. After her sons were grown, she received a master’s degree in counseling psychology from SUNY New Paltz and worked as a mediator.

Jean was a member of the First Presbyterian Church of Beacon for nearly 70 years. She served as deacon and elder, and on the Pastor Selection Committee. When her sons were young, she was active in the PTA, serving as president at Forrestal Elementary School.

She taught sewing for the Dutchess County Cornell Cooperative Extension and often could be found working in her vegetable garden on summer evenings after the street lights came on. Above all, her family remembers her as a loving mother who encouraged and supported her sons.

A memorial service will be held at a later date at First Presbyterian Church of Beacon. Following the service, her ashes will be interred beside her husband’s at Fishkill Rural Cemetery. 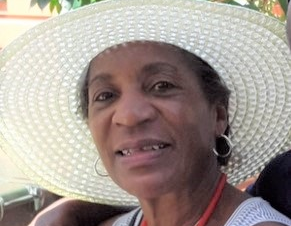 She was born May 16, 1959, in Orange County, Virginia, the daughter of the James Jones and Ollie Porter. After graduating from Beacon High School, she was employed with Nabisco before relocating to Dumfries, where she was employed by Shoppers and Harris Teeter supermarkets. 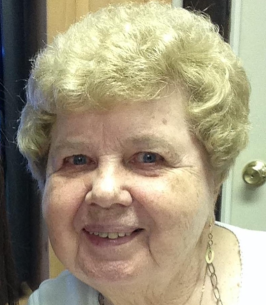 She was born June 7, 1932, in Wappingers Falls, the daughter of John and Margaret (Weisner) Sommerville. She came to Beacon as an infant with her family and remained for the rest of her life. She graduated in 1950 from Beacon High School and on Sept. 4, 1955, married Frank Vitanza at St. John the Evangelist Church in Beacon. He died in 2000.

Jean was employed at the National Biscuit Co. and Texaco Research Center as a secretary. She later worked for Dr. Brian Peralta and Dr. Gary Weiner of Southern Dutchess Eye Care as an optician’s assistant for 23 years, retiring in 2007. She also occasionally helped out at Mr. V’s Deli.

Jean is survived by her daughters, Jean Mignault (James), Renie DiNapoli (Bill), Maggie Palisi (Bob), all of Beacon, and Christine DiMaio (Bruce Duncan) of Cornwall; her grandchildren: James and Joshua Mignault, Amanda, Michael and Nicholas DiNapoli, and Alyssa and Sara DiMaio; her great-grandchildren, Carter, Jenna Leigh, Miles, Dillan and Jarred Mignault, Jaxson Pujia and two arriving in May; and her sister-in-law, Josephine Thomas.

Family and friends will gather on Sunday (May 2) from 2 to 4 p.m. at Riverview Funeral Home by Halvey in Beacon. A Mass of Christian Burial will be held on Monday at 10 a.m. at St. John the Evangelist Church in Beacon, followed by burial at Cold Spring Cemetery.