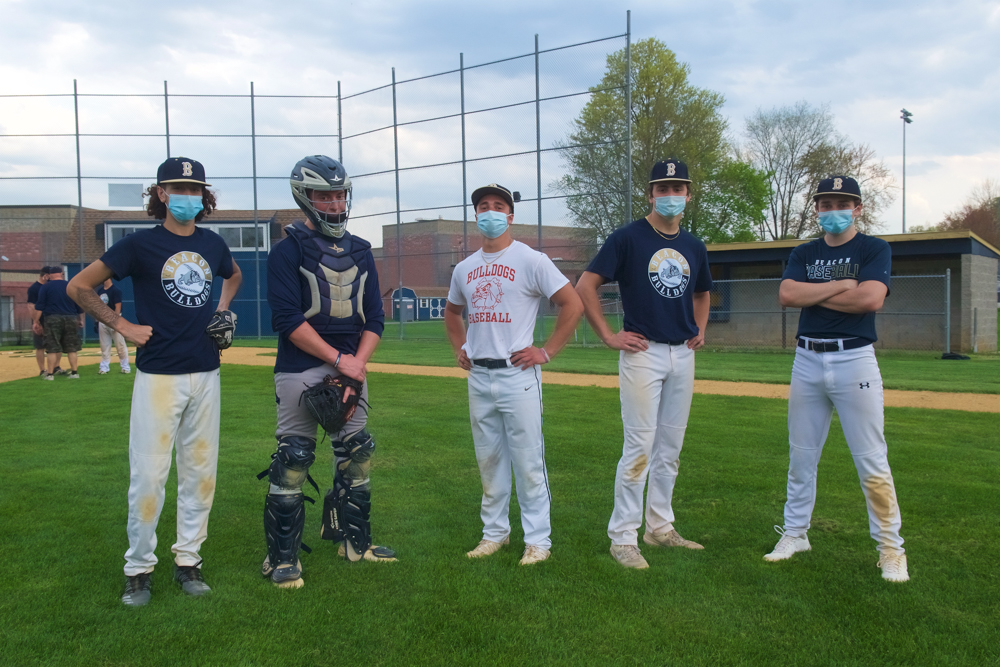 After losing its 2020 season to the pandemic shutdown, the Beacon High School baseball team is ready to get back on the field for a condensed schedule of 18 games in 35 days.

Beacon finished 13-9 in 2019 and lost in the first round of the playoffs. Manager Bob Atwell welcomes back two starters from that team: All-League centerfielder and pitcher Mike Lapere, and All-Section first baseman and pitcher Matt Manzoeillo. Infielder and pitcher Dillon Kelly also returns.

“The relative inexperience of teams will be interesting to see,” Atwell said. “The guys we’re building the team around were sophomores two years ago. Missing last year was huge; they haven’t been on a high school field in nearly two years. A lot of them play travel ball, but some of those schedules were also condensed.” 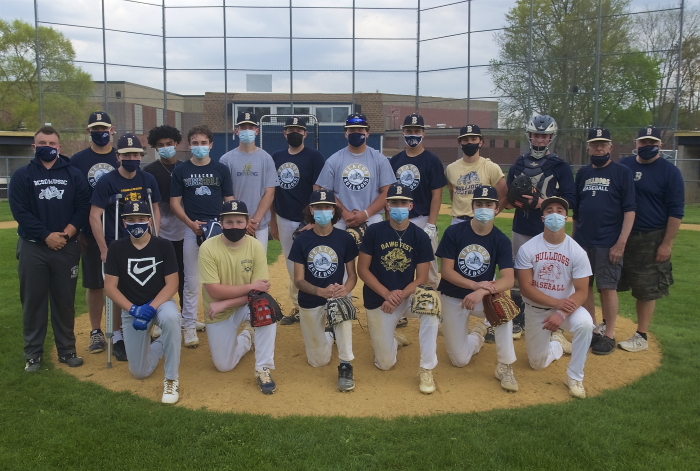 The Beacon baseball team opened its season on April 29. (Photo by S. Pearlman)

The pitching staff starts with Manzoeillo and Lapere. After that everyone is looking to prove themselves, Atwell said.

Beacon will look to the same pair to spark the offense, as well. “Mike will be a key, with his ability to drive the ball, and I’ll be looking for them to provide some offense,” Atwell said. “We also have some talented sophomores, and Fontaine, as a freshman, had a good spring. Our juniors have been competitive. Levy could have a good season, and Jackson has improved immensely behind the plate.”

The Bulldogs were scheduled to open their season Thursday (April 29) hosting O’Neill High School, followed by games against Hendrick Hudson today and Wallkill on Saturday.