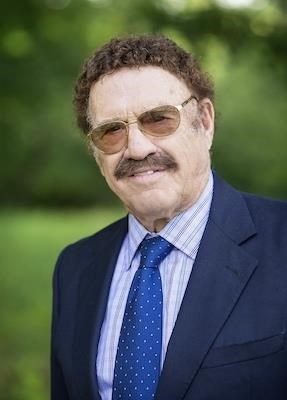 Born in Queens on Feb. 11, 1931, the son of Sally and Bernard Klein, Jim was a lifelong adventurer. At age 16, he obtained his pilot’s license before he could legally drive a car and flew well into his 80s. By 17, he’d set off for a semester at the University of Alaska, and then worked as a field hand for United Geo Physical. When his time in the Northern Frontier was done, he became one of the first Easy Riders, motorcycling cross-country back to New York on his Harley Davidson.

In 1950, Jim enlisted in the U.S. Navy and became one of the original Navy Seals, or Underwater Demolition Team (UDT) divers as they were called. The UDT was a group of elite divers who possessed grit, stamina and determination. After the Navy, Jim continued his passion for scuba diving all around the world, from the coral reefs of the Bahamas to hammerhead shark diving in the Galapagos.

In 1953 Jim married Helen Danilin, and they had three daughters: Wendy, Cindy and Dana. In 1956, Jim moved his family to Poughkeepsie to begin his career in construction and real estate. Many friends questioned his moving to the “boonies,” where little building was going on, but Jim was a visionary and a risk-taker. That risk paid off with the boom of IBM. Jim had perfectly timed his career and went on to develop much of Dutchess and Putnam counties.

In 1968, after his first marriage ended, Jim married Dorothy Vogel and they had two daughters: Nicole and Kendell. Jim and Dorothy traveled to every continent and throughout most countries in the world. In 1985, Jim was accepted into the Explorers Club.

In 1971, Jim and Dorothy moved their family to Garrison, where they lived on the marsh of the Hudson River for more than 40 years. When Jim wasn’t working or traveling, he could be found skiing the back bowls of Vail, puttering around his houses fixing anything and everything, wandering every aisle of The Container Store, Hammacher Schlemmer and Costco, boating, reading Sotheby’s and Christies catalogs like novels or watching the History Channel.

Jim was in a league of his own, his family said. He was an indomitable force to all that knew him and a man not easily forgotten. If you listen closely on a clear day, we’re sure a faint, gruff voice can be heard stating, “N77JD coming in for a landing.”

Along with his wife, he is survived by his daughters, Wendy of Greenville, North Carolina; Cindy Saturno (Jim) of Silver Spring, Maryland; Dana Gisiano (Phil) of Kingston; Nicole Jandrucko (Scott) of Wakefield, Rhode Island; and Kendell Munzer (Peter) of Mount Pleasant.

He is also survived by 12 grandchildren: Jessie, Rachel (Will), Gregory (Jill), Bryan (Lindsey), Tony, Billy, Allyn, Danny, Austin, Kaitlyn, Hayden and Owen. Services will be held at a later date.