Jozef Grznar, 75, a former resident of the Hedgewood Home for Adults in Beacon and most recently of the Eleanor Nursing Care Center in Hyde Park, died on May 18 at MidHudson Regional Hospital in Poughkeepsie.

He was born in Czechoslovakia on July 15, 1945. Jozef worked as a superintendent of a residential building in New York City.

A graveside service will be held at the LaGrange Rural Cemetery in Poughkeepsie. 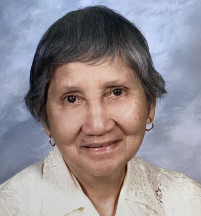 Isabelita Hernandez, 81, a former resident of Missouri, and most recently of Beacon, died on May 17.

She was born on July 8, 1939, in Pasay City, Philippines, the daughter of Marcelino and Generosa (Divinagracia) Hernandez. She graduated from the University of Santo Tomas in Manila in 1959 and immigrated to the U.S. in the late 1960s. She taught English as a second language in the Kansas City, Missouri, school district before retiring in 2007.

Isabelita was a kind and gentle woman with a strong Catholic faith, her family said. Upon her retirement, the superintendent of schools wrote a letter calling her “a caring teacher who believes that all children can succeed is necessary in this field.” She was also instrumental in the lives of her nieces, Christina and Clarice Jensen, living next door to them as they were growing up.

Isabelita is survived by her siblings: Paz Hernandez Diaz of Manila and Marcelino Hernandez Jr. (Rena) of Penrith, Australia.

A Mass of Christian Burial will be held at 10 a.m. on May 29 at St. Joachim Church in Beacon, with interment in St. Joachim Cemetery. Memorial contributions may be made to Worldreader (worldreader.org) or Catholic Charities USA (catholiccharitiesusa.org). 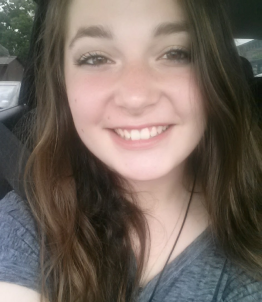 Chelsea Marie Schiffer, 23, a lifelong resident of Beacon, died May 17.

She was born on Oct. 8, 1997, in Poughkeepsie, the daughter of Michael and Maria (Sylvester) Schiffer. After graduating from Beacon High School, she worked as a counselor at St. Basil Academy in Garrison and also as program educator for Green Teen, empowering youth through farming and gardening.

In addition to her parents, Chelsea is survived by her siblings: Michael Schiffer of Italy, Matthew Schiffer of Wappingers Falls and Emma Schiffer of Beacon; and her paternal grandmother, Rosalie Schiffer.